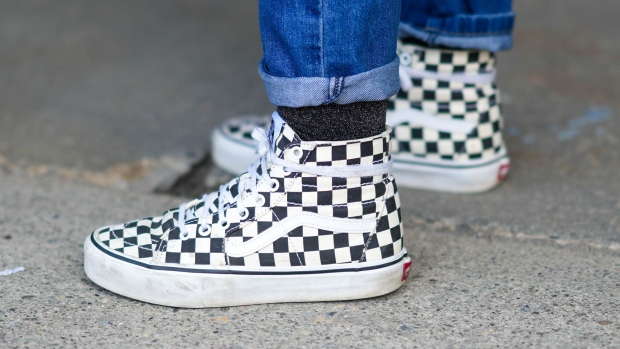 (Bloomberg) -- VF Corp., the owner of Vans sneakers and the Supreme streetwear brand, fell the most in more than two years after cutting its forecast and announcing the retirement of Chairman and Chief Executive Officer Steve Rendle.

The retailer now sees sales for the full year rising no more than 4%, excluding the impact of currency, down from its previous guidance of as much as 6%. It also expects profit to be lower than previously forecast. The company said lower demand in North America is resulting in more promotions as well as order cancellations in the wholesale channel.

The news caused shares of VF to fall 11% to $29.51, their biggest drop since March 2020. Credit Suisse cut its rating on the stock to neutral from outperform, saying “the abrupt CEO transition and lack of clarity on which brand is seeing incremental pressure add too much near-term uncertainty.”

Retailers have been offering deep discounts in recent months to clear excess inventory that resulted from a combination of over-ordering and sinking consumer demand. Some wholesale partners, including department stores, have canceled orders to minimize the amount of merchandise they’re acquiring as inflation-strained consumers grow more cautious.

Covid-19 restrictions in China and inflation in Europe are also hurting the outlook, but to a lesser degree than North America, the company said.

Rendle, 63, served as CEO for almost six years as part of a nearly 25-year career with VF. Benno Dorer, 58, lead independent director on VF’s board, has been named interim CEO while the company searches for a permanent replacement. Richard Carucci will serve as interim chairman.