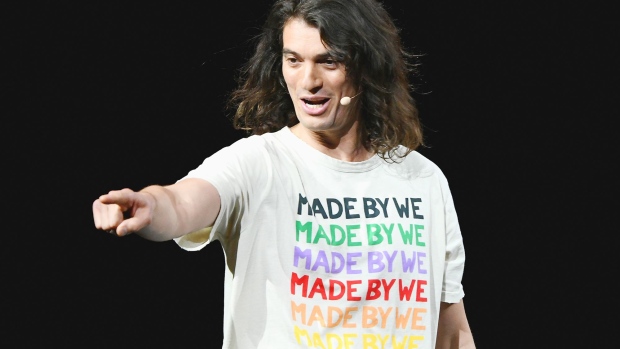 (Bloomberg) -- A carbon-credit startup co-founded by Adam Neumann raised $70 million from venture capitalists and other backers, showing investors are still willing to bet on the controversial WeWork Inc. entrepreneur.

Neumann, the co-founder and former chief executive officer of the co-working provider WeWork, is listed as both a founder and an investor in the climate startup, Flowcarbon. The company sells carbon credits and keeps a record of the transactions on the blockchain. Flowcarbon has 35 employees and offices in Berlin, Montana and New York, the company said in a statement.

The carbon-credit market is notably opaque, which often leads to low-quality credits being sold and purchased that have little actual effect on carbon reduction. Recent efforts that have incorporated crypto as a way to bring transparency have backfired.

Still, investors saw an opportunity for Flowcarbon. The startup raised traditional funding from backers such as Andreessen Horowitz’s crypto arm, General Catalyst and Samsung Next. Neumann is an investor through his family office. Flowcarbon also raised money by selling its token, called the Goddess Nature Token, which bundles together certified credits issued in the past five years.

Neumann, who stepped down as CEO of WeWork in 2019 after the company’s failed attempt at an initial public offering, helped conceive of the idea for the startup, but the company is run by CEO Dana Gibber, COO Caroline Klatt and Phil Fogel, its chief blockchain officer. Neumann’s wife, Rebekah Neumann, is also listed as a founder of Flowcarbon, as is Ilan Stern, who runs their family office.

Adam Neumann told the Financial Times in March that he and his wife came up with the branding for the company. One of his favorite words is “flow,” which reminds him of the flow state found in surfing, a hobby.