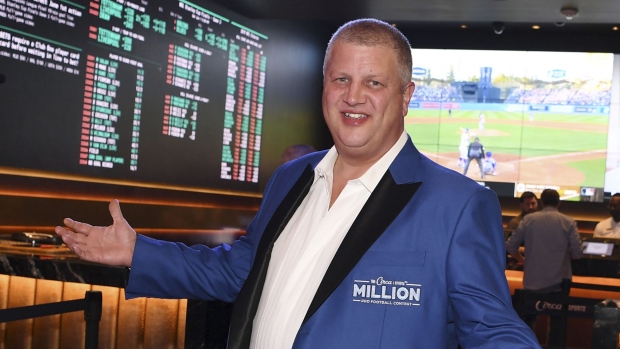 Derek Stevens is rethinking the Las Vegas pool party with Circa, the first US$1 billion-plus casino to open in the city since the financial crisis a decade ago.

For years, the Las Vegas pool scene has been dominated by clubs like Drai’s, operated by Caesars Entertainment Inc., and MGM Resorts International’s Wet Republic, with celebrity DJs, thumping electronic music and steep cover charges. Wynn Resorts Ltd.’s Encore Beach Club even had poles in its pool for dancing.

With Circa Resort & Casino, which opens to the public on Wednesday, Stevens is aiming for something different.

Stadium Swim is more of an aqua sports bar than a nightclub, according to the Michigan auto-parts magnate, with six rooftop pools heated to as much as 103 degrees and a 143-foot-wide TV screen tuned to sports. On days with big games, Circa will open kiosks where guests can deposit money for poolside mobile wagering. Of course, hosting pool parties during a pandemic isn’t an ideal scenario, but Circa is taking precautions, including temperature checks, social distancing and frequent cleaning.

Circa is the first newly built resort on this scale since the Cosmopolitan of Las Vegas opened in 2010, according to Chad Beynon of Macquarie Research. It occupies the site of the former Las Vegas Club in downtown, an area undergoing a renaissance in part due to heavy investments by Stevens and his brother, Greg, who also own the D Las Vegas and the Golden Gate Hotel nearby.

The sports-themed pool area and an adults-only policy throughout the resort could help it stand out in a market with a lot of competition, said David Schwartz, a gaming historian at the University of Nevada, Las Vegas.

“Appealing to aspects of Las Vegas that many people love in a different way can be a formula for success,” he said.

Stevens originally considered calling the spot the Backyard to convey what he wanted. “Kind of a like a great backyard, with a great pool scene, great food, sports on, and just a ton of fun,” he said.

He conducted extensive studies before deciding to position the Circa’s 777-room hotel tower to the north, so the 12th-floor pool would capture the most hours of sunlight possible. He tested the outdoor screen and pool concept on some 100 sports-watching parties at a nearby event center. That was necessary to determine the brightness of the screen and the placement of the speakers.

Circa’s owner is a big sports bettor himself, wagering as much as US$100,000 on tournaments such as March Madness at nearby casinos, since owners aren’t allowed to bet in their own establishments. Circa will also feature what Stevens touts as the world’s largest sportsbook, with room for 1,000 guests.

The project has been five years in making, and its opening coincides with the decision by Las Vegas Sands Corp. billionaire Sheldon Adelson to put the Venetian, Palazzo and adjacent convention center properties up for sale. Those could fetch US$6 billion or more, people with knowledge of the matter said.

Stevens said Circa has sufficient financing, which includes a six-year, US$450 million loan led by Credit Suisse. He isn’t worried that the pandemic, which has crippled tourism to Las Vegas, will hurt his new resort in the long term. He won permission from state regulators to open the casino two months early to begin generating revenue.

Some features of Las Vegas’ nightclub scene haven’t been lost at Circa. A lounge chair for Saturday afternoons, complete with towels and a “VIP server,” comes with a US$50 minimum spending requirement per person, according to an online reservation system.