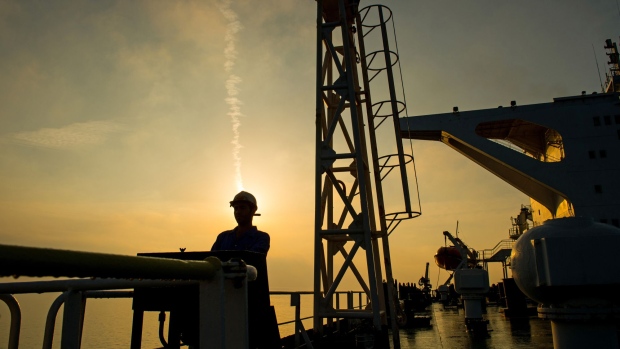 Shipowners are avoiding transporting Venezuelan oil for fear of being sanctioned and losing insurance coverage on their vessels, according to people with knowledge of the situation. The lack of vessels may take a toll on oil exports which, according to data compiled by Bloomberg, was already at a 16-year low in August.

At least one cargo of Venezuelan oil was deferred to October as the buyer couldn’t find a vessel to load, said one of the people, who asked not to be identified because the information is confidential. Unable to find supertankers to carry its oil to Asia, the OPEC producer is resorting to smaller, costlier vessels to deliver overseas.

U.S. President Donald J. Trump signed an Aug. 5 order authorizing sanctions on anyone helping the Maduro regime amid a humanitarian crisis that has caused 4 million Venezuelans to flee the country. The Shipowners’ Club, provider of insurance to international shipping companies, advised its members to “exercise caution” if engaging with Venezuela. The group says if a member is sanctioned, its property can be blocked and the club may terminate or suspend insurance coverage.

To contact the editors responsible for this story: David Marino at dmarino4@bloomberg.net, Catherine Traywick, Pratish Narayanan