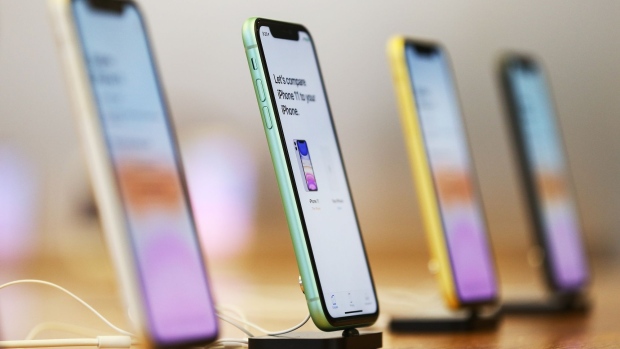 Verizon Communications Inc. plans to launch 5G wireless service nationwide later this year, setting up the possibility that it will be available in time for the fall release of an Apple Inc. iPhone that can use the advanced standard.

Ronan Dunne, head of Verizon’s consumer business, wouldn’t say exactly when the company plans to start the nationwide 5G service. “We think there’s tons of opportunity,” Dunne said during an investor presentation Thursday, adding that it will “launch at the time that’s commercially appropriate during the course of the year.”

While the speeds of the low-band 5G won’t be a massive improvement over current 4G connections, the launch will give Verizon a key marketing message as it competes with AT&T Inc. and T-Mobile US Inc. in what’s expected to be a potentially large, so-called super-cycle of phone sales triggered by the arrival of Apple’s 5G iPhone.

T-Mobile launched its low-band 5G service last year, billing it as nearly nationwide, and AT&T has said it will start its own coast-to-coast low-band 5G service by mid-2020. Verizon has high-band, millimeter-wave 5G service in small pockets within about 30 cities and expects to have more than 60 cities on that list by year-end, executives said at the investor conference.

Having scrapped its initial attempt to sell 5G service for US$10 extra, Verizon plans to offer 5G service in a range of prices based on data allotments and add-on features with media partners like Apple Music and Walt Disney Co.’s Disney+ video streaming service.