Look at stocks with the lowest volatility during challenging times: Portfolio manager

Investors continued piling into stocks and bonds, dismissing the risk of a more aggressive Federal Reserve as they expect it to ease the pace of rate hikes while inflation pulls back from its peak, according to Bank of America Corp. strategists.

Global equity funds attracted US$7.9 billion in the week through Aug. 17, strategists led by Michael Hartnett wrote in a note, citing EPFR Global data. US stocks saw a second week of inflows, with US$9.2 billion pouring in. Global bonds had inflows of US$500 million, driven by investment-grade debt, even as US Treasuries saw the biggest outflow since Sept. 2019. Meanwhile, US$5 billion was pulled out of cash.

“Very few fear Fed” as more traders expect a policy pivot and as the meme-stock frenzy returns, Hartnett said. Still, “whether Fed knows or not, they’re nowhere near done,” with inflation expected to be in the 5 per cent  to 6 per cent  range by spring, still well above the central bank’s target.

The rally in US stocks moderated this week, with technology shares underperforming, as bond yields climbed anew and the minutes from the Federal Open Market Committee’s July meeting reignited fears about the path of monetary policy. Central bankers’ annual retreat in Jackson Hole, Wyoming, upcoming data on inflation and employment, and the Fed’s decision at its September 21 meeting are among the various factors which could send equities swinging in either direction in the coming weeks. 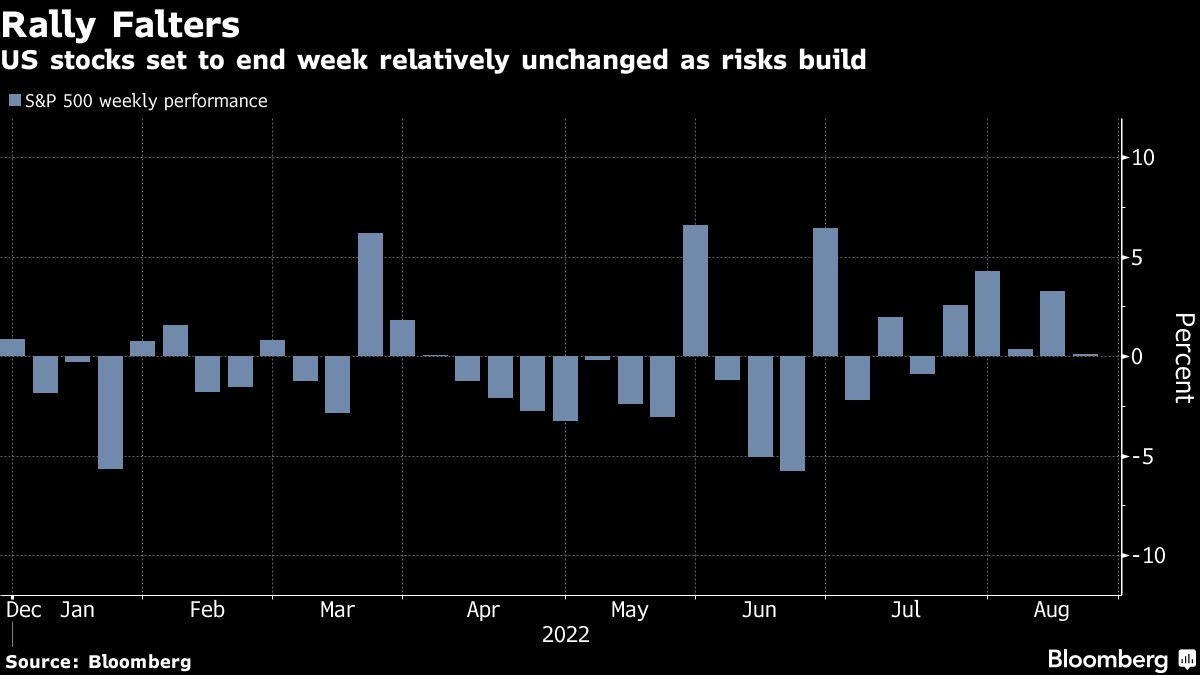 Bank of America’s own bull-and-bear indicator remains at the zero mark, or “maximum bearish” level, for a tenth week in a row, which is often seen as a contrarian signal to buy. Still “it is likely to rise in coming weeks” given inflows to high-yield bonds and less bearish fund manager views, the strategists wrote.

Wall Street has been split on the direction of stocks moving forward. JPMorgan Chase & Co.’s Marko Kolanovic, one of Wall Street’s staunchest bulls, defended his 2022 calls for dip buying as corporate buybacks and demand from rules-based traders could offer a buffer for stocks. Meanwhile, Morgan Stanley and UBS Global Wealth Management strategists don’t expect the rally to last.

Bank of America’s Hartnett said “we are near top of equity trading range” and stocks have yet to reach a bottom.

In Europe, stocks saw their 27th week of outflows with US$2.2 billion exiting the asset class. Strategists predict the rally in European stocks has run its course, according to Bloomberg’s monthly survey, even as investors in Bank of America’s latest European fund manager survey expect the rebound in equities can continue.

In terms of equity flows by style factors, US large cap, growth, small cap and value all saw additions. By sectors, tech stocks had their biggest inflow in five months, followed by financials, while materials, real estate and energy had outflows.