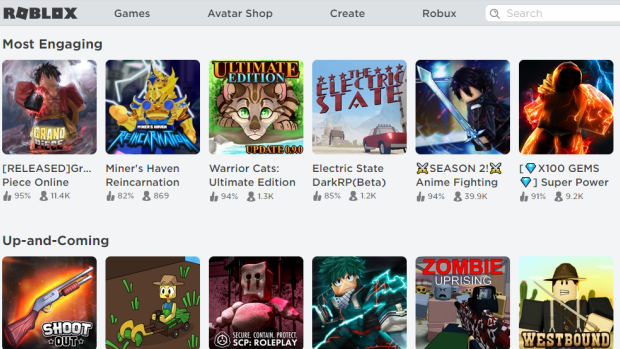 The San Mateo, California-based company in its filing Thursday with the U.S. Securities and Exchange Commission listed the size of the offering as US$1 billion, a placeholder that will likely change. The company will disclose plans for the size and price range for the share sale in a later filing.

Roblox hosts millions of games that are built by its users, who then get a share of any related revenue. It says that two-thirds of all U.S. kids 9 to 12 years old use the platform.

The company had 31 million daily active users during the first nine months of the year, up 82 per cent from the same period in 2019, according to the filing. The amount of time those users spent engaged on the platform more than doubled to 22 billion hours, the company said.

Roblox was valued at US$4 billion in a US$150 million funding round in February that was led by venture capital firm Andreessen Horowitz.

Founded in 2004, Roblox added media executive Andrea Wong to its board last month. She was most recently the president of international at Sony Corp. The company’s investors include Altos Ventures, First Round Capital, Index Ventures, Meritech Capital Partners and Tiger Global.

The offering is being led by Goldman Sachs Group Inc., Morgan Stanley and JPMorgan Chase & Co. The company is seeking to list its shares on the New York Stock Exchange under the symbol RBLX.