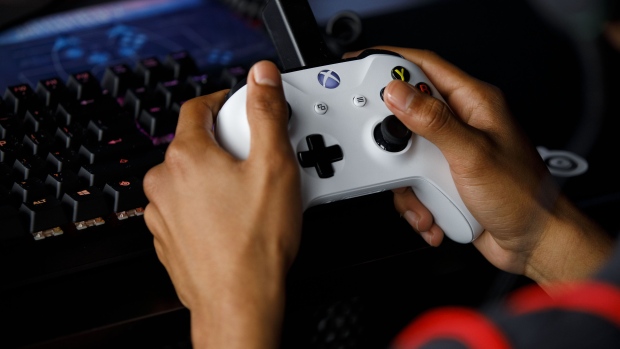 An attendee holds a Microsoft Corp. Xbox One controller while playing the Battlefield V video game during an Electronic Arts Inc. (EA) event ahead of the E3 Electronic Entertainment Expo in Los Angeles, California, U.S., on Saturday, June 8, 2019. , Bloomberg

Netflix Inc.’s subscriber gains earlier this year had many ready to crown it king of quarantine. Instead, it’s the video game sector that’s laid claim to the throne.

The Solactive Video Games & Esports Index has gained 77 per cent since the start of U.S. state lockdowns in March, while Netflix rose 44 per cent during the same period. And returns on video game exchange-traded funds have totaled more than 50 per cent this year.

“Video games and esports are the true champions,” said Pedro Palandrani, a research analyst at Global X Management Company LLC, an investment firm that manages HERO, a video-games and esports ETF that’s seen a 51 per cent return this year.

Palandrani expects the sector to thrive even after the initial stay-at-home bump. “This is something that will continue to rise for years to come,” he said. 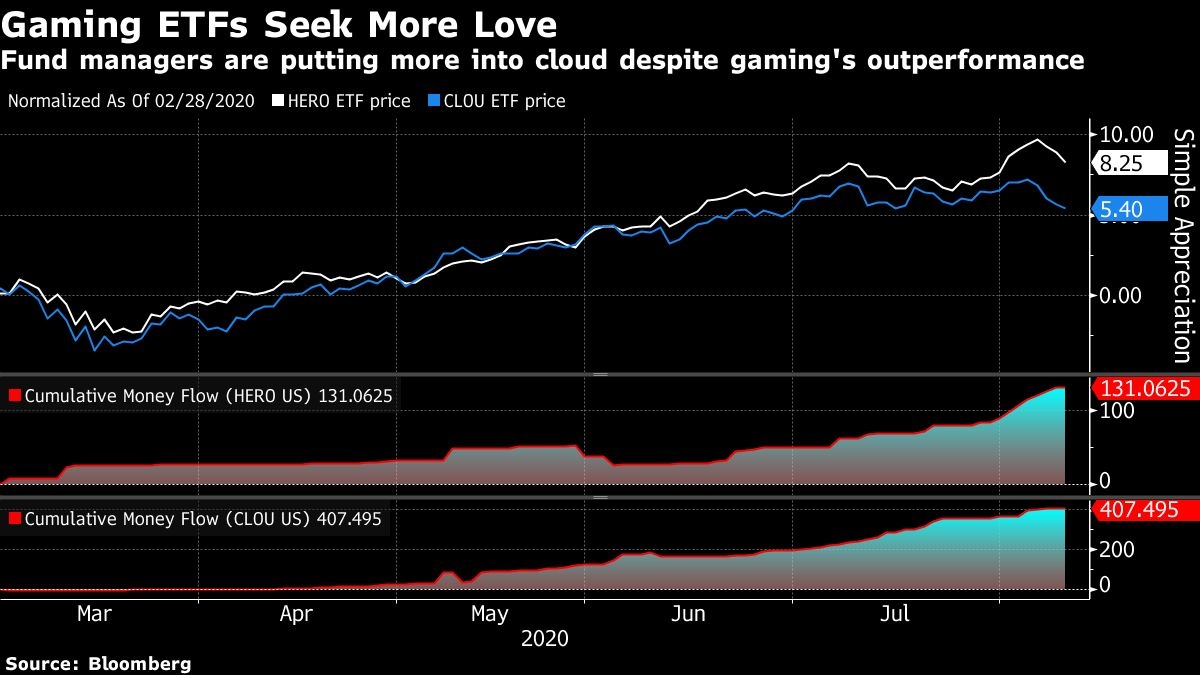 Electronic Arts Inc., the publisher behind Apex Legends and Madden NFL, recently reported record sales on tens of millions of new player sign-ups. Activision Blizzard Inc. and Take-Two Interactive Inc. also saw strong results. All this comes before pre-holiday releases of new consoles from Sony Corp. and Microsoft Corp., which are expected to add fuel to the gaming fire.

Still, some investors are shying away from the industry. Bloomberg Intelligence calculated that while cloud-computing ETFs had an average return of 49 per cent this year -- below gaming ETF’s 56 per cent -- they’ve seen total inflows that are eight times larger.

“It’s odd to me that video gaming is being ignored by advisers,” Eric Balchunas, an ETF analyst at Bloomberg Intelligence, said. “The numbers are there.”

He said that he’s surprised that baby boomer financial advisers “don’t know how big it’s getting” from watching kids in their families.

Palandrani warns that some investors might not be aware of how broad and dynamic online games are these days and the ways they can supplement or replace other forms of social media.

“These behaviors are sticky,” Palandrani said. “As video games continue to expand their audience and add additional features, it is emerging as potentially the next generation of the internet: a metaverse filled with millions of users interacting in a truly lifelike virtual reality.”