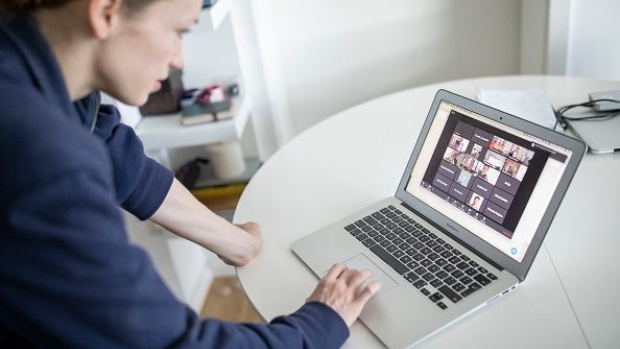 (Bloomberg Opinion) -- The inevitable video-call backlash is well underway. Videoconferencing is exhausting, people complain. Our brains have to work harder than they do in face-to-face interactions. And so we give each other advice on how to combat Zoom fatigue and speculate whether it’s worse for extroverts.

However, some people have been having the opposite experience. Since they got the hang of video software, they’ve found virtual meetings to be better than expected — maybe even an upgrade over the in-office variety.

One big reason they’re having such a fine time is that, for many organizations, remote working has meant a decline in the total number of meetings, says John Hollenbeck, a professor at the Broad College of Business at Michigan State University. We don’t go to the trouble to set up video meetings unless there’s something important to discuss, and that’s revealed how many of our in-person meetings weren’t essential. The meetings we have now tend to be higher quality.

Virtual meetings also often have fewer attendees. “You maybe think harder about who needs to be there, and who doesn’t,” says Hollenbeck. It’s also possible that people who don’t feel they have something valuable to contribute find it easier to skip a meeting that’s not in person. After all, if meetings are recorded, they can always catch up on what was said later on.

Video meetings are more likely to start on time; there’s no wandering around the building to find the right room. Nor do you have to lurk outside said room, shooting impatient glances at the people running overtime.

There’s less chit-chat. You’re more likely to get down to business right away, and if you run out of things to talk about, the video meeting ends early. No one feels pressured to use the full block of time.

Meeting organizers, perhaps aware of how awkward they look staring silently into the camera , take more responsibility for providing a clear agenda. Attendees’ roles may be clearer, too, whether they’re speaking or listening.

Video meetings also create a level playing field. In the old days, it wasn’t uncommon to have hybrid meetings — with some people sitting together in a conference room, and remote colleagues dialing in — which often felt unbalanced. Remote colleagues either couldn’t get a word in, or they got the floor and droned on too long. When everyone’s dialed in, everyone’s on Hollywood Squares, and everyone’s equal.

This may subtly deter meeting dominators from filibustering, says Hollenbeck. We’re more self-conscious when we’re on camera, so super-talkers may be more aware of how long they speak.

Some things that can make video calls tiring — looking at so many faces at once, being distracted by the tiny image of yourself in the corner of your screen — might also stop you from blathering. The result is that quieter people finally get a chance to speak.

But say this doesn’t sound like your experience at all. Say you’re living in a video meeting hellscape. There’s little point in blaming the technology; in our current environment, you’re stuck with it. Instead, reconsider meeting frequency, size and structure.

Are colleagues still calling too many meetings? “Any organization that creates eight hours of Zoom meetings has really got that balance wrong,” Hollenbeck says. Collaboration can be a good thing, but people also need time to concentrate.

Are meeting organizers inviting too many people? It’s a natural impulse for anyone who’s ever forgotten to invite someone important, or had to deal with a slighted colleague. It doesn’t help that virtual meetings aren’t restricted by the size of the conference table. But anyone who invites more than six people to a meeting should make it clear who is expected to attend, who will have a speaking role, and whose participation is optional.

If too much socializing is pulling your meetings off-track — hey, we’re all a little lonely right now — schedule a purely social call with colleagues for shooting the breeze. Just let them know that anyone suffering from Zoom fatigue is free to opt out.