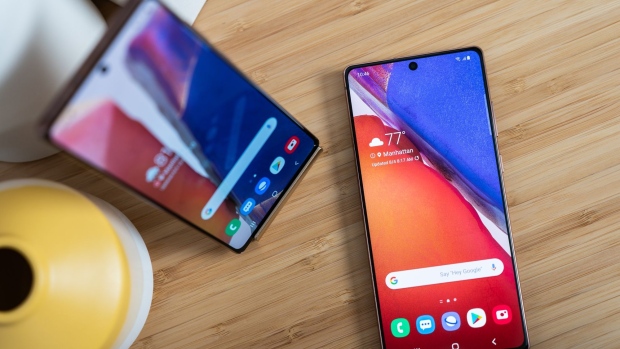 MONTREAL -- Videotron says it is gradually launching its fifth-generation wireless network in Montreal before adding other regions of Quebec.

The deployment over the next few years will be done in collaboration with Samsung.

The 5G network will allow data to be transmitted up to 20 times faster than its current network.

The Quebecor subsidiary says 5G will expand opportunities at work and home while also boosting the competitiveness of companies.

South Korean tech giant Samsung is also establishing 5G networks in the United States, Japan and New Zealand and has been added to the list of Telus equipment suppliers.

Rogers Communications was the first of Canada's national wireless carriers to launch 5G service in January and was followed by BCE's Bell Canada and Telus.

"Collaboration with Samsung for 5G service set us ready to meet the highest expectations of our customers," stated Videotron CEO Jean-Francois Pruneau.