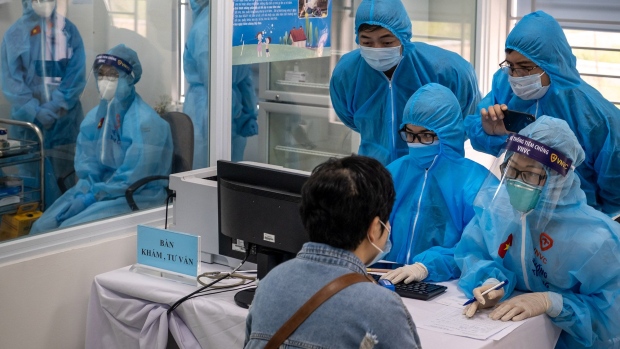 The vaccine will be mRNA-based, the health ministry said on its website on Saturday. It initially identified the company as Vingroup JSC before updating the statement to remove the reference.

Moderna Inc. and Pfizer Inc. deploy the mRNA technology in their vaccines. The country has approved the use of Pfizer’s vaccine, a health ministry publication reported separately on Saturday. Other shots permitted include those made by China’s Sinopharm and AstraZeneca Plc.

Vietnam to Have 125 Million Virus Vaccine Doses This Year

A factory that the local company invested in can produce as much as 200 million doses per year and is expected to start manufacturing the vaccines from the fourth quarter or the first quarter of 2022, the health ministry said.

Vietnam has secured deals to purchase 170 million vaccine doses. While more than 1.4 million injections have been given, only just over 53,000 people in the nation of 98 million are fully vaccinated as of June 11.

The Southeast Asian country is battling a major domestic outbreak. The nation had 10,241 total infections as of Saturday with 58 deaths.