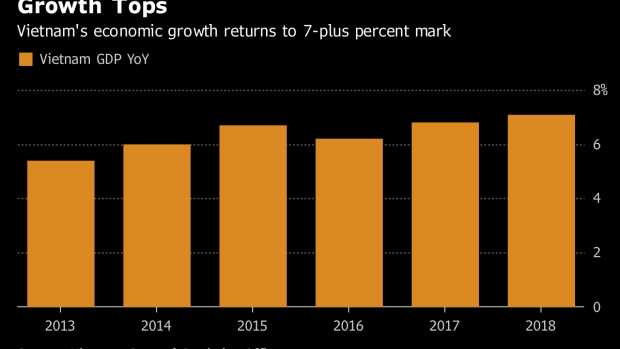 Gross domestic product rose 7.31% from a year earlier, up from revised 6.73% in the second quarter, the General Statistics Office in Hanoi said Saturday. That compared to a median estimate of 6.7% in a Bloomberg survey of four economists. The economy expanded 6.98% in the nine months through September from a year earlier, data from the statistics office showed.

To contact the reporter on this story: Nguyen Dieu Tu Uyen in Hanoi at uyen1@bloomberg.net

To contact the editors responsible for this story: Nasreen Seria at nseria@bloomberg.net, Michael S. Arnold