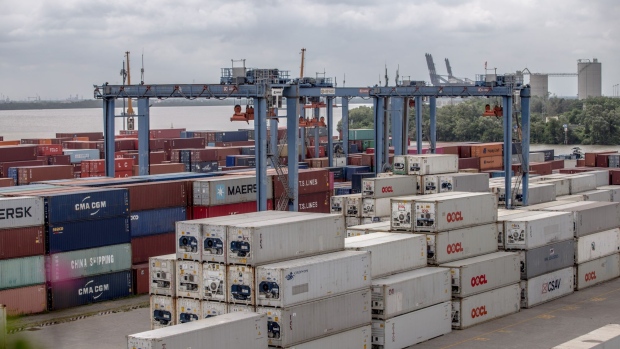 (Bloomberg) -- Vietnam reported an acceleration in exports this month after the of easing tough anti-coronavirus restrictions that led to the closing of many factories, particularly in the nation’s southern industrial belt that produce shoes and clothes for global brands such as Nike Inc. and Abercrombie & Fitch Co.

November exports jumped 18.5% from last year, the most since May, according to data from the Hanoi-based General Statistics Office. Imports rose 20.8%.

The increases come after authorities began lifting restrictions in early October. Plants have struggled to lure migrant workers who fled to home provinces back to assembly lines. Many workers are now returning.