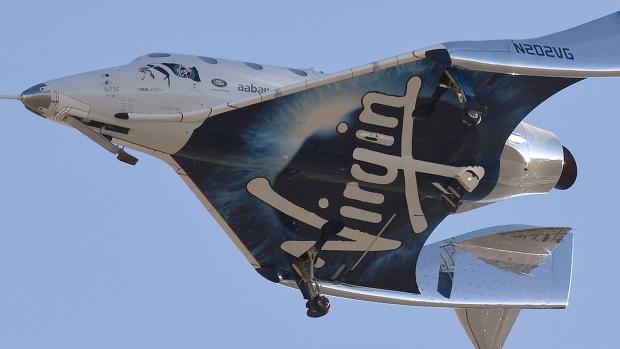 Inflation isn’t just climbing here on Earth. Virgin Galactic Holdings Inc. has resumed ticket sales for trips to space at a new price of US$450,000 a ride, spurring a share rally.

Sales are restarting immediately and available tickets range from individual seats to a “full-flight buyout,” Chief Executive Officer Michael Colglazier said in a statement late Thursday as the company reported financial results. Virgin Galactic had charged US$250,000 for each ticket, before halting sales while it continued work on its spacecraft.

The Las Cruces, New Mexico-based company is looking to build a space-tourism business after a successful test flight last month with founder Richard Branson and five Virgin Galactic employees aboard. The suborbital trip lasted about an hour. Jeff Bezos’s Blue Origin and Elon Musk’s Space Exploration Technologies Corp. are working on tourism offerings of their own.

Virgin Galactic advanced 12 per cent to US$35.42 at 10:03 a.m. in New York after advancing as much as 13 per cent for the biggest intraday gain in about a month.