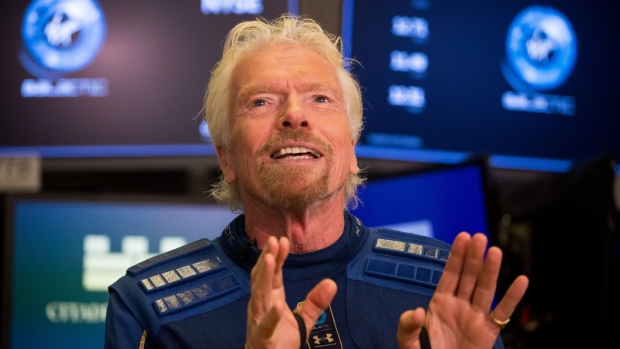 (Bloomberg) -- Virgin Galactic Holdings Inc. is planning to raise $460 million by selling shares and will delay plans to carry founder Richard Branson into space until early next year -- a milestone flight seen as the beginning of the company’s tourism business.

Branson’s trip will occur in the first quarter of 2021, assuming two test flights “demonstrate the expected results,” Virgin Galactic said in a statement Monday as it reported earnings. The company will conduct its first powered space flight this fall from Spaceport America in southern New Mexico, followed by a second flight with four “mission specialists” riding as passengers.

Since the company went public in October, investors have watched keenly for updates on when Virgin will be ready to begin its regular flights -- and follow through on its vision of fostering space tourism. Virgin Galactic said it has taken deposits from a dozen customers for its future orbital spaceflight service.

In a separate statement, the company said it would use the proceeds of the share offering for general purposes. The expected trading date is Aug. 6, Bloomberg News reported. Virgin Galactic fell 8.3% to $22.08 after the close of regular trading in New York.