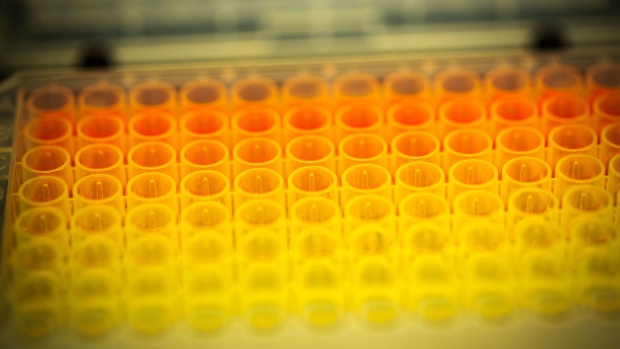 A set of vials sit in a laboratory at the Novo Nordisk A/S research and development campus in Malov, Denmark, on Friday, Aug. 31, 2018. Novo is expanding into territories like liver disease and obesity as it faces mounting pressure on prices and competition in the U.S., its largest market. Photographer: Carsten Snejbjerg/Bloomberg , Bloomberg

(Bloomberg) -- Certara Inc., which went public last year and provides technology to the biotech industry, has agreed to buy software company Pinnacle 21 in a deal that equips it to help companies get drugs to market faster, according to a person with knowledge of the matter.

The deal, which could be announced as soon as Thursday, is valued at $310 million including $250 million in cash and $60 million in stock, said the person, who asked not to be identified because the information is private.

A representative for Certara declined to comment. A spokesperson for Pinnacle 21, based in Blue Bell, Pennsylvania, didn’t immediately respond to a request for comment.

Certara, a pioneer in so-called biosimulation, creates software that drug companies use to conduct clinical trials with virtual patients to understand how medicines and vaccines might affect real people. Because human trials are generally the most expensive and time-consuming part of getting a drug to market, Certara says its technology helps companies save money and conduct trials more quickly.

The deal bolsters Certara’s ability to cater to biotech and pharmaceutical companies, helping them more quickly analyze data before it goes to authorities around the globe. Certara has previously said its technology is used by thousands of drug companies.

The combination comes amid a boom in activity for companies that support clinical trials, as money pours into the development of new treatments and vaccines. In April, Thermo Fisher Scientific Inc. agreed to buy PPD Inc., a provider of clinical and research services, for $17.4 billion. In July, buyout firm EQT AB and Goldman Sachs Asset Management agreed to buy Parexel for $8.5 billion.

Certara, based in Princeton, New Jersey, raised $668 million in an initial public offering in December. Its shares have risen 20% since then. Its investors include Mubadala Investment Co., which last week made a $250 million investment in Certara, as well as longtime investor EQT.