We're behind the eight ball: Virologist on lessons from spring, restrictions, testing across Canada

Alberta Premier Jason Kenney, a conservative who favored voluntary measures and appeals to “personal responsibility,” declared a public health emergency in the western province Tuesday after a dramatic spike in cases. He ordered banquet halls to close their doors, restricted most retailers to 25 per cent capacity and halted in-person classes for students in grades seven through 12.

The move in Alberta is the latest in a string of hits to the economy, including the temporary closing of many businesses in Toronto and Montreal. The government also said Tuesday the nation will be slower than some others to roll out vaccines, with Justin Trudeau conceding Canada won’t be at the front of the line because of a lack of local manufacturing capacity.

With new cases nearing 5,000 a day across the country and warnings they could quadruple, economists are marking down their growth forecasts. Bank of Montreal economists predicted the new restrictions would shave 0.2 per cent off real gross domestic product in 2020, even before Alberta tightened up.

In Ottawa, the prime minister is trying to set the tone by governing from home, as he did during the first national lockdown in March. Speaking to reporters outside his residence Tuesday, he touted a new deal with Eli Lilly and Co. for thousands of doses of a promising new coronavirus treatment but offered no timeline for delivery of a vaccine.

“Canada no longer has any domestic production capacity for vaccines,” Trudeau told reporters. “Countries like the United States, Germany and the U.K. do have domestic production facilities, which is why they’re obviously going to prioritize their citizens first.”

Canada has signed supply deals for five different shots in the final stages of testing, securing multiple doses for its population of 38 million people and putting it 13th among 53 nations in Bloomberg’s coronavirus resiliency index. 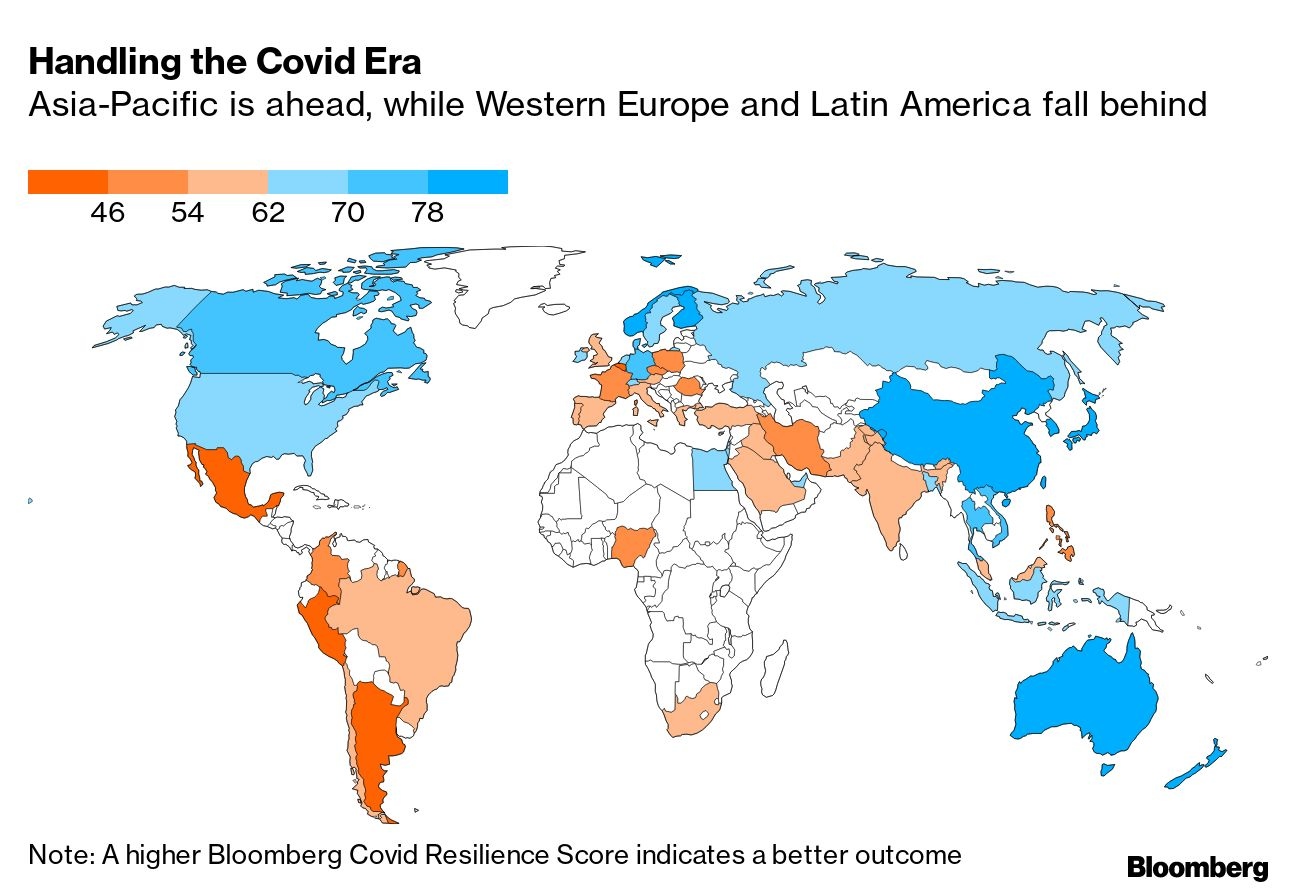 Trudeau was pilloried in the legislature by the three main opposition parties, which demanded to know when Canadians should expect a vaccine and how it will be delivered.

“We are working with partners, including the provinces and territories, to ensure the vaccine distribution will be rapid and seamless,” the prime minister said, reiterating the shot “will be entirely free.”

Canada’s financial capital, Toronto, and one of its suburbs entered a new lockdown this week. Restrictions announced Friday by Ontario Premier Doug Ford dealt a potentially crippling blow to retailers that were counting on a strong holiday season to make up some of the ground lost to the pandemic earlier in the year.

In Quebec, Canada’s second-biggest province by population, the government clarified rules for family gatherings over Christmas. After saying groups of as many as 10 could meet between Dec. 24 and 27 if they quarantined for a week before and after, Premier Francois Legault said Tuesday only two gatherings would be allowed and recommended shopping for the occasion be done at least a week beforehand.

Even Canada’s four easternmost provinces, which banded together to bar outsiders but allow travel within what became a remarkably successful Atlantic bubble, are wavering. Cases there are still far below the national average, but Newfoundland and Prince Edward Island have broken out of the group for now and imposed a mandatory quarantine on anyone entering their territory.

While the economic effect won’t be as bad as the first wave in March, the nation is still bracing for a long and painful winter.

“Small local businesses that were already hanging on will be forced to shut down or close to foot traffic at a critical time of the year,” Bank of Montreal economists Robert Kavcic and Shelly Kaushik said in a report to investors Tuesday. “That could leave real and lasting scars even if headline GDP holds up relatively well.”