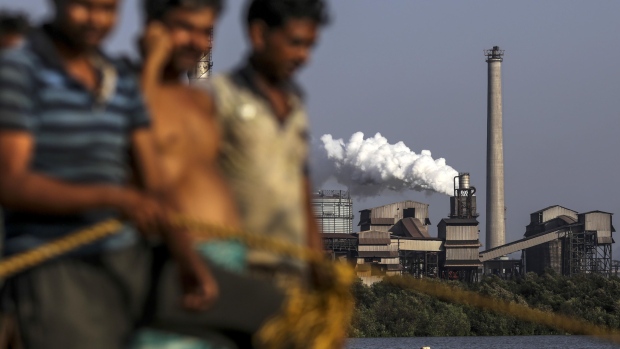 Steam rises from the JSW Steel Ltd. manufacturing facility stands in Dolvi, Maharashtra, India, on Thursday, May 18, 2017. JSW, India's biggest producer, reported a jump in fourth-quarter profit, boosted by record output, and said it approved plans to raise about $2.5 billion in debt. , Bloomberg

JSW Steel Ltd. outlined plans two years ago to invest $1 billion in the U.S. to expand its global footprint. That plan was curtailed by an economic downturn and import tariffs imposed by President Donald Trump, with the situation worsening with the virus outbreak.

The company will spend this year “in structurally fixing” its facilities as the pandemic has resulted in the “lowest spread U.S. steel prices have seen in the last decade,” according to Parth Jindal, director of the U.S. operations.

The steelmaker has idled its Ohio plant to begin upgrading its electric arc furnace and plans to restart production at the 1.5 million tons facility in March. It has also shut its pipe mill in Baytown to fix equipment and plans to automate and optimize operations to cut costs.

“Our plan is to reduce the losses and be extremely frugal and focus on completing these projects,” Jindal said in an interview. “From next year onward, we truly believe the U.S. operations will be well positioned to be earnings accretive to JSW Steel.”

As part of a shakeup, JSW last week brought in Mark Bush as the new chief executive officer for its U.S. operations, replacing John Hritz, who will now focus on strategy and legal affairs.

The unit of the JSW Group is still locked in a fight over import tariff waivers with Trump’s administration. When asked if JSW would eventually look to exit the U.S. operations, Jindal said the company remains “very committed,” to the business.

“Once the modernization projects are completed and we bring down our cost curve, then we see no reason why the U.S. business can’t generate positive earnings,” he said. “It still remains an important part of our organization and all efforts are on to turn around the operations at the moment.”

The company has changed its focus from coils to slabs at its Ohio plant as “it is no secret that the U.S. is extremely slab deficient,” he said.