Most expect an average decline in adjusted per-share profit of more than 10 per cent from a year earlier for the four lifecos -- Manulife Financial Corp., Sun Life Financial Inc., Great-West Lifeco Inc. and IA Financial Corp. -- as the economic impacts of COVID-19 weigh on operations. 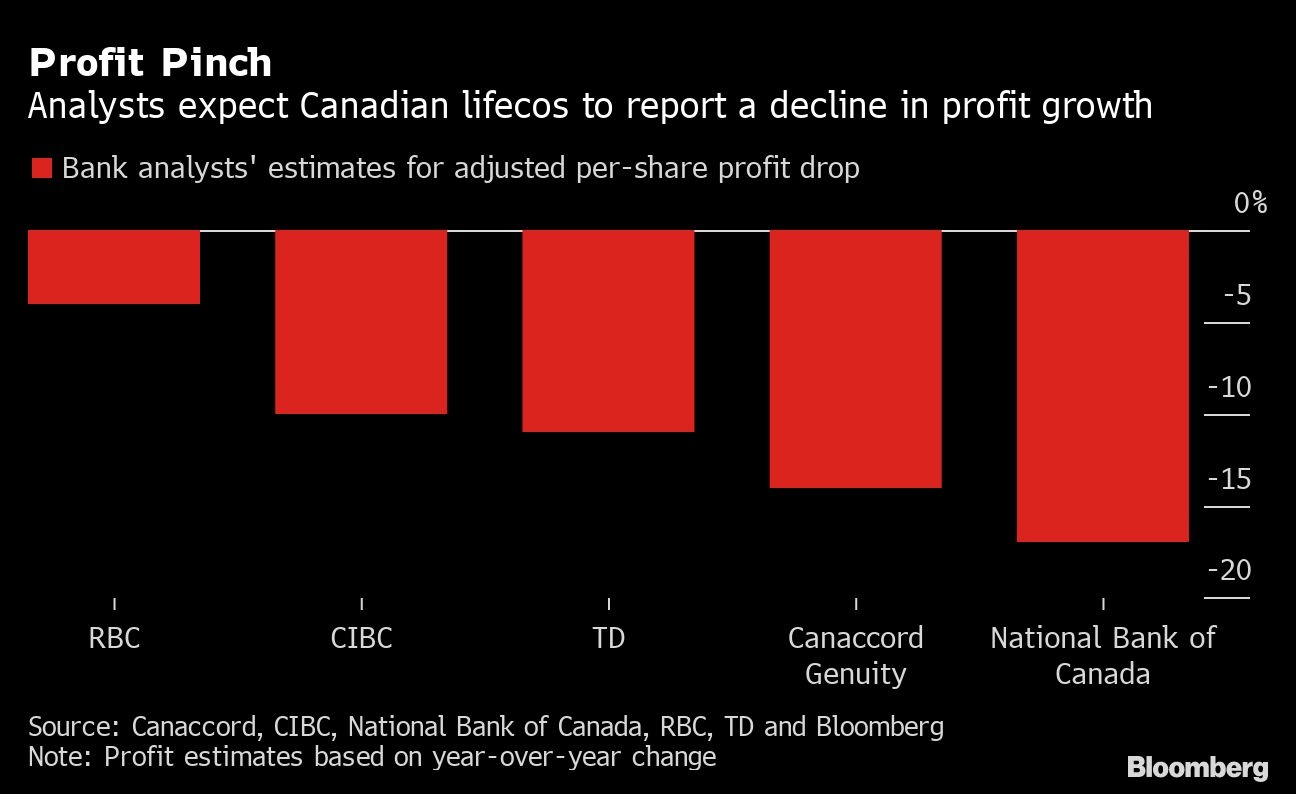 The last time earnings were that bad was in the second quarter of 2012, according to Bloomberg data, when lower interest rates and stock-market declines precipitated a $300 million loss at Manulife and plunging profits at its peers.

In the last quarter, markets had a significant influence on earnings and will lead to conflicting impacts on the lifecos’ results, according to Barclays Plc analyst John Aiken.

“While the rebound in equity markets should be a benefit, we expect that this will be offset by the ongoing low-interest-rate environment and the compression in corporate spreads,” Aiken said in a July 10 note. “In addition, the stronger Canadian dollar in the quarter will likely reduce earnings translated from outside of Canada.”

A bounce-back in equity markets will offer some reprieve in what RBC Capital Markets analyst Darko Mihelic calls a “tough quarter,” with rebounding stocks lifting managed assets in wealth-management arms from first-quarter levels. Mihelic is the most optimistic among analysts surveyed by Bloomberg, forecasting an average 4% decline in adjusted earnings at the four lifecos. 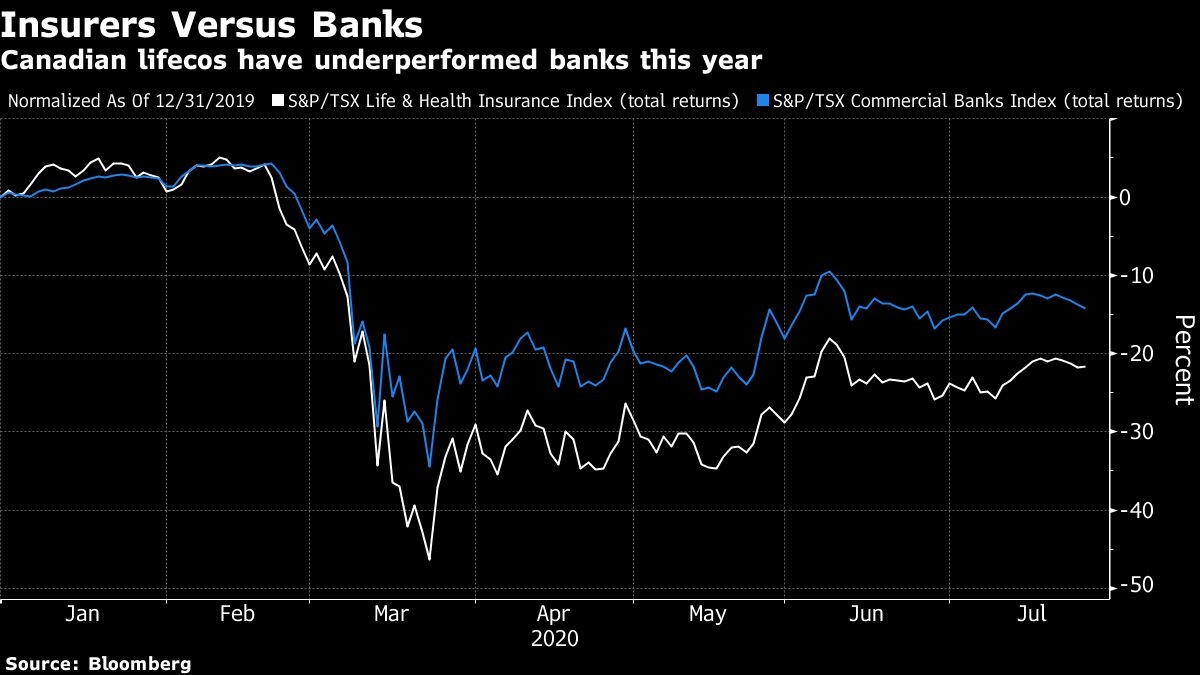 “The exponential rise in Covid-19 cases, nationwide lockdowns and record unemployment rates will have an impact on policyholder experience,” Holden said. “The magnitude of impact on the life-insurance industry cannot be quantified, which tends to raise alarm bells, but when we put things in perspective we believe the earnings impact will be minor.”

Declining credit spreads, the Canadian dollar’s appreciation and downgrades in fixed-income securities will be negatives in the quarter, TD Securities analyst Mario Mendonca said in a July 21 note.

While Mendonca has a buy-equivalent recommendation on the insurance sector, he sees stronger performance from bank stocks. That’s based on his belief that the sole focus of central banks and regulators around the world is ensuring that banks remain strong, with policy responses keeping interest rates low well after bank stocks have recovered.

“Ultimately, we expect the low-interest-rate environment to weigh on the insurers for longer than the banks because of the much longer duration of the liabilities,” Mendonca said, adding that a further retreat in credit spreads during the recovery may fuel a “strong rebound” in trading and capital-markets revenue for banks while driving reserves higher for insurers.

IA Financial kicks off the reporting season on Thursday, while Great-West Lifeco releases financials on Aug. 4 and Manulife the day after. Sun Life is the last to announce its figures, on Aug. 6.