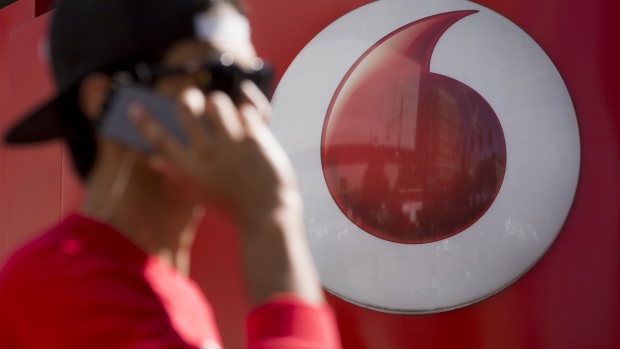 A pedestrian uses a smart phone outside a Vodafone store. , Bloomberg

Vodafone Group Plc’s dividend has cracked under the strain of falling revenue, soaring spectrum costs and a US$21 billion acquisition, in a grim reality check for Europe’s struggling phone industry.

The region’s biggest telecom carrier slashed its full-year dividend by 40 per cent to 9 euro cents per share, reversing Chief Executive Officer Nick Read’s goal to keep the payout unchanged. It was the first cut since the company introduced dividend payments in 1990.

The move allows Read to conserve cash as sales in major markets come under sustained attack from rivals offering no-frills contracts and former monopolies reasserting themselves with dominant networks. Vodafone is gearing up to spend billions of euros on mobile-network upgrades and the airwaves needed for the next generation of ultra-fast wireless services.

Vodafone’s organic service revenue fell 0.6 per cent in the fourth quarter from a year earlier, versus the 0.7 per cent drop forecast by analysts in a company-compiled consensus, as sales declines worsened in Italy and Spain. The measure strips out the impact of merger and acquisition activity and currency fluctuations to present performance on a comparable basis.

Vodafone cut the dividend because of lower revenue forecasts, costly auctions of mobile spectrum and risks such as global trade tensions and Brexit, Read told reporters on a call.

“There could be further downsides ahead of us” and “on that basis you want to make sure you have sufficient headroom,” he said.

The company is aiming to return to revenue growth by the July-to-September quarter as it accelerates a digital overhaul, simplifies its operations, generates better returns from its infrastructure and continues to sell assets.

Shares in Vodafone, Europe’s biggest phone carrier by regional sales, were up 2.9 per cent at 9:43 a.m. in London, recovering from a sharp drop in early trading. 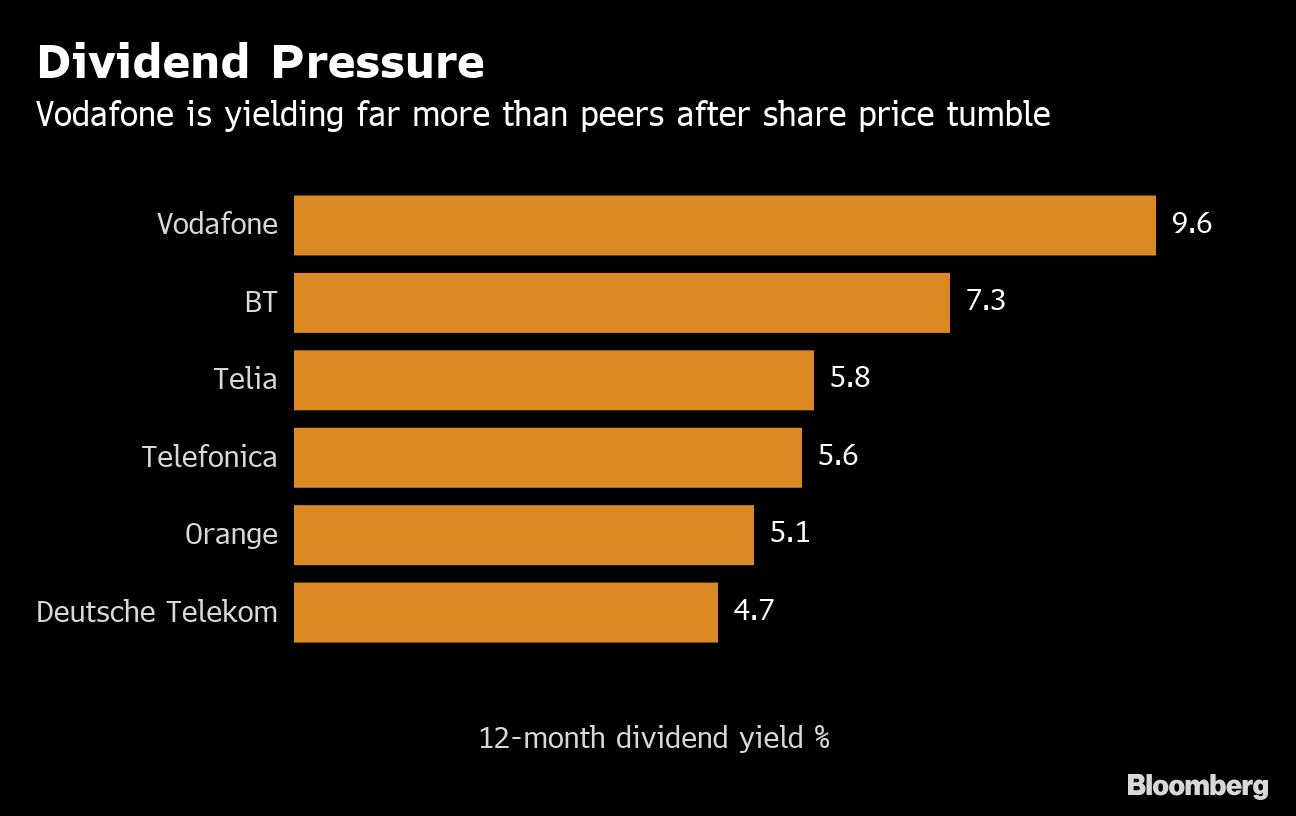 “As Vodafone reaffirms its midterm ambitions for cash-flow growth, the dividend can rise materially after the peak of auction spending.”--Erhan Gurses, Telecom analyst Click here to view the research

With Europe’s phone companies fighting for customers with steep discounts and all-you-can-eat data packages, revenue growth has been elusive and share prices have tumbled, leaving reliable dividend payouts as the remaining bright spot for investors. Now even those are in doubt for some carriers as the heavy cost of 5G mobile networks becomes clear.

Read has reset Vodafone’s strategy since taking charge in October. He has accelerated cost cuts, put assets on the block and is preparing stake sales and partnerships for some of its telecom-tower assets to share the burden of maintaining and developing its networks.

Vodafone moved to free up some cash late Monday with a NZ$3.4 billion (US$2.2 billion) deal to sell its New Zealand business to a consortium including Infratil Ltd. and Brookfield Asset Management Inc. A planned US$7.7 billion merger of its Australian business with TPG Telecom Ltd. was blocked by the country’s regulator last week.

With Read’s cost-saving measures needing more time to pay off, analysts were penciling in a probable dividend cut to avert credit-rating downgrades that would push Vodafone debt closer to junk territory as it prepares to pay 18.4 billion euros (US$20.7 billion) for Liberty Global Plc assets in central and eastern Europe.

Investors frustrated at failed efforts to revive revenue growth have pushed Vodafone shares to their lowest in a decade. The stock has continued to underperform its peer group this year, falling 11 per cent compared to a 2.3 per cent fall in the Stoxx Europe 600 Telecommunications Price Index.