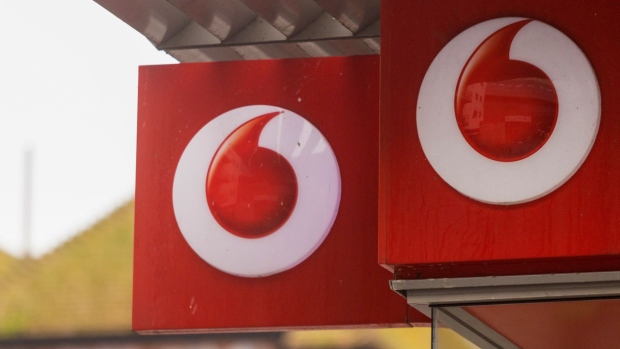 A sign outside a Vodafone Group Plc store in Folkestone, UK, on Monday, Nov. 14, 2022. The Office for National Statistics are due to release the latest UK CPI Inflation data on Wednesday. , Bloomberg

(Bloomberg) -- Vodafone Group Plc’s largest shareholder boosted its stake in the telecommunications giant, but said it doesn’t intend to make an offer for the British firm that’s lost a quarter of its value so far this year.

Abu Dhabi’s Emirates Telecommunications Group Co., also known as Etisalat, said it now owns 11% of Vodafone, up from 10% earlier. It will be restricted from submitting a bid for the rest of Vodafone for six months under the UK Takeover Code.

Bloomberg reported on Thursday that the Abu Dhabi phone operator is studying the feasibility of an offer for part or all of Vodafone’s stake in Johannesburg-listed Vodacom Group.

Shares in Vodafone pared losses of as much as 3.3% and were trading 3.4% up at 91.47 pence in London on Wednesday. The stock has lost a third of its value since May, when the Middle Eastern firm snapped up a 9.8% stake for $4.4 billion at about 130 pence a share.

Vodafone’s share price has underperformed the rest of the industry this year, even as the sector lost value as a whole, falling more than the Stoxx Europe 600 Telecommunications Price Index.