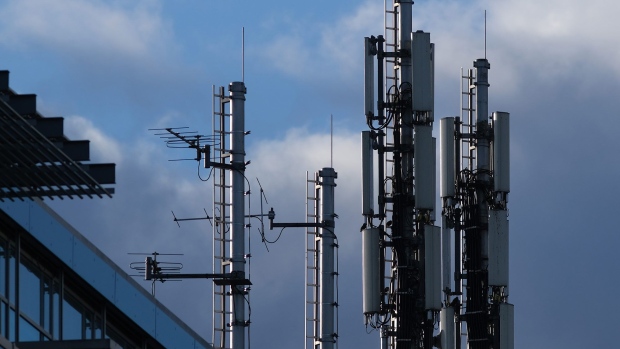 (Bloomberg) -- Vodafone Group Plc is planning to announce the giant initial public offering of its European towers unit in the coming days, according to people familiar with the matter.

The intention-to-float document for Vantage Towers could be published as soon as Wednesday morning, the people said, asking not to be identified discussing private information. Representatives for Vodafone and Vantage Towers declined to comment.

Vantage Towers could be valued at 15 billion euros ($18.2 billion) or more, the people said. Bloomberg reported in November that the IPO could raise about 4 billion euros, which would make it Europe’s biggest float in more than three years.

Vodafone has picked Frankfurt for the listing, reflecting the high share of tower assets from that country in Vantage’s portfolio.

Carving out towers is the centerpiece of Vodafone Chief Executive Officer Nick Read’s strategy to squeeze more value from assets owned by the U.K. telecommunications giant. Proceeds from the IPO will go toward paying down some of Vodafone’s multibillion-euro debt pile, the company has said.