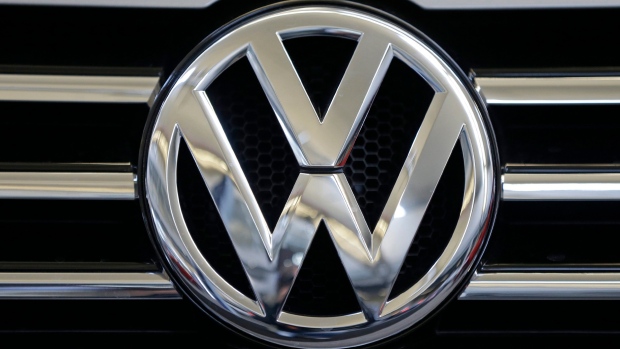 the Volkswagen logo is seen on the grill of a car , The Canadian Press

FRANKFURT - Volkswagen is seeking a settlement with Canadian diesel vehicle owners similar to the one reached in the United States, German newspaper Handelsblatt reported on Monday, citing a spokesperson for the carmaker.

Volkswagen last month agreed to pay as much as US$15.3 billion after admitting it cheated on U.S. diesel emissions tests for years, to buy back vehicles from consumers and provide funding that could benefit makers of cleaner technologies.

The carmaker will set aside US$10.033 billion to cover buybacks or fixes for diesel cars and sport utility vehicles that used illegal software to defeat government emissions tests.

Volkswagen would be on the hook for up to US$2 billion if it reached a similar settlement in Canada, Handelsblatt reported, without saying what the source of that information was.

A spokesman at Volkswagen's headquarters in Wolfsburg declined to comment.

"We are not commenting on speculation in the media. VW is in talks with the Canadian authorities but there are no decisions yet," the spokesman said.