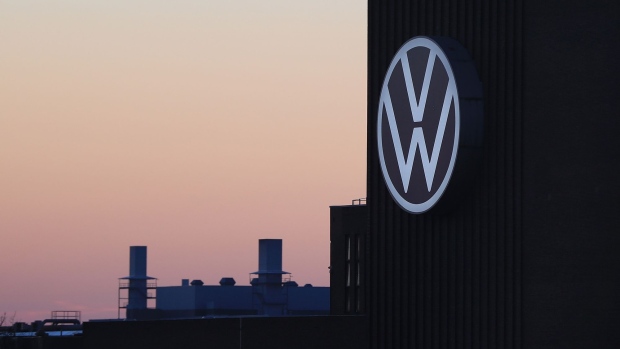 The Volkswagen AG headquarters and auto plant in Wolfsburg, Germany, on Wednesday, March 9, 2022. VW's Chief Executive Officer Herbert Diess is warning that the fallout of a lengthy war between Ukraine and Russia risks being "very much worse" for Europe's economy than the impact caused by the Covid-19 pandemic. Photographer: Krisztian Bocsi/Bloomberg , Bloomberg

(Bloomberg) -- Volkswagen settled its UK class action lawsuit for £193 million ($242 million) with more than 90,000 drivers impacted by the emissions scandal.

No admissions of liability have been made by Volkswagen and the terms and conditions are confidential, according to a statement from the auto giant. A separate contribution toward the claimants’ legal costs and other fees will be made by the company.

Volkswagen alongside law firms Slater & Gordon, Leigh Day and PGMBM, who were representing the claimants in the case, said Wednesday that both sides had come to the out of court settlement and as many as 91,000 claims had been resolved.

The automaker has faced numerous lawsuits in what’s been dubbed the ‘dieselgate litigation’ after the use of the software designed to lower emissions when being tested was exposed as fraudulent by a US investigation in 2015. That led to a recall throughout Europe that cost the company billions of euros and massive fines from European regulators.

“The settlement is another important milestone as the Volkswagen Group continues to move beyond the deeply regrettable events leading up to September 2015,” Philip Haarmann, chief legal officer of Volkswagen, said.