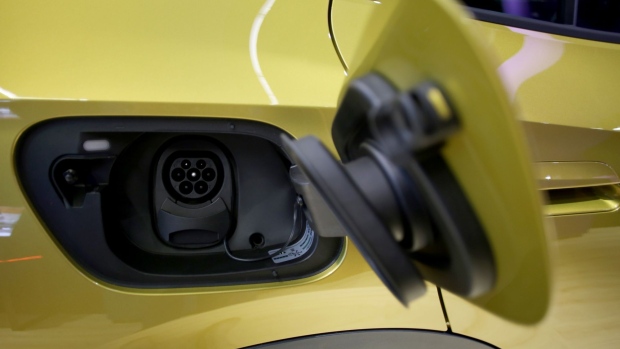 (Bloomberg) -- Volkswagen AG has set the starting price of its first locally built all-electric sports-utility vehicle with its Chinese partner FAW Group Co. at 199,900 yuan ($30,800) after subsidy, descending into the mass market as a growing number of players jostle for share.

The ID.4 Crozz is built on VW’s MEB electric vehicle manufacturing platform, which is also used in some models of Audi and Skoda. The car is cheaper than Tesla Inc.’s recently launched Model Y crossover, which starts at 339,900 yuan and isn’t eligible for subsidies.

China is a critical market for Germany’s VW; its sprawling Chinese operations account for about 40% of global vehicle deliveries and a large chunk of profits. In May, it struck deals with two Chinese companies, broadening its strategic footprint as the coronavirus sparks the worst economic contraction in decades.

New-energy vehicle retail sales in China rose 9.8% in 2020 to 1.11 million units and surged 58% year-on-year in December to 206,000, the China Passenger Car Association said earlier this month. Of those December deliveries, 23,804 cars were Teslas.

A model similar to the ID.4 Crozz, built by Volkswagen and another local partner SAIC Motor Corp., will be unveiled soon. Volkswagen’s Anhui venture, Volkswagen Anhui Automotive Co., which is owned 75% by VW, also plans to start producing electric cars on the MEB platform in 2023. That company was VW’s first EV tie-up in China.