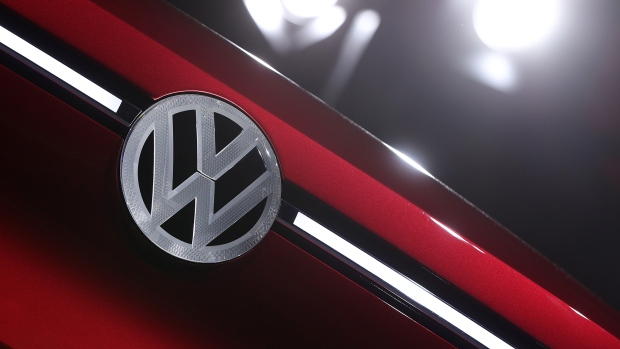 Volkswagen AG’s fledgling Moia mobility unit is betting on the rise of self-driving cars to deliver on its plan to catch up with ride-hailing leaders like Uber Technologies Inc. without burning through piles of cash.

Moia is focused on connecting the fast-changing mobility marketplace with the German automaker’s vast manufacturing capacity, including its efforts to develop autonomous cars, according to the subsidiary’s head, Ole Harms. Moia is open to partnerships as it aims to crack the top three in mobility — a category that includes services like ride pooling and car sharing — and also make a profit by 2025, he said.

“Our clear goal is to open up mobility as a service for VW group,” Harms said in an interview. “Establishing a profitable business model and optimizing what we do is key before a global rollout. We don’t want to scale up mistakes.”

While the ambitions are high, VW is making up for lost ground. Its mobility efforts are behind not only Uber, Lyft Inc. and China’s Didi Chuxing Inc., but also Daimler AG and BMW AG, which recently said they will combine their car-sharing services DriveNow and Car2Go.

Daimler, which started its Car2Go service in 2008, on Tuesday said the number of people using its mobility offerings had jumped 88 percent to just under 23 million in the year though May, across its car sharing as well as mytaxi and moovel apps. Moovel helps users pick a mode of transport in urban areas.

VW has invested “a significant three-digit million-euro” amount on Moia, which was formed in late 2016, and more than US$300 million into Uber rival Gett Inc. As companies seek to establish and expand services, city-by-city rules are hampering quick rollouts. Uber is currently appealing Transport for London’s decision to strip the company of its licence.

New Chief Executive Officer Herbert Diess, whose success with cost-cutting measures to boost profitability at VW’s namesake brand helped propel him to his new position, visited Moia’s Berlin offices soon after taking over. He’s pooled the division with the volume group that includes mass-market nameplates like VW, Skoda and Seat. While that should improve access, competition for resources is steep. Diess is simultaneously investing billions to electrify its fleet and is still contending with the three-year-old diesel scandal.

Harms said Moia will help steer the development of cars that work seamlessly with ride-sharing applications, and eventually vehicles that drive themselves. The ability to cover both — self-driving technology and mass-production — will help overcome the challenge for ride-sharing services that are struggling to generate attractive returns if costs for vehicles and drivers are taken into account, he said.

Its first initiative, a ride-pooling project, is focused on getting people around in crowded cities, which will help to reduce traffic jams and pollution. Moia on Tuesday said it’ll start full service in the town of Hanover with 150 vans in coming weeks, after running a 35-vehicle pilot with electric minibuses tailored for the task from VW’s commercial-vehicle unit.

Commercial service is also set to begin in Hamburg in early 2019, reaching 500 vehicles within the first two years, Harms said. The venture will also feed into VW’s effort to develop self-driving technology. Moia is in talks with 50 cities globally about potential projects, as some consider restricting autonomous driving to ride-sharing fleets.

Volkswagen’s Audi unit, which has shouldered the biggest share of the company’s self-driving car development, has the most advanced self-driving features on the road today in the A8. It aims to have a fully autonomous car available in 2020. Daimler, by comparison, expects to sell a robo-taxi for fleet use by 2021.