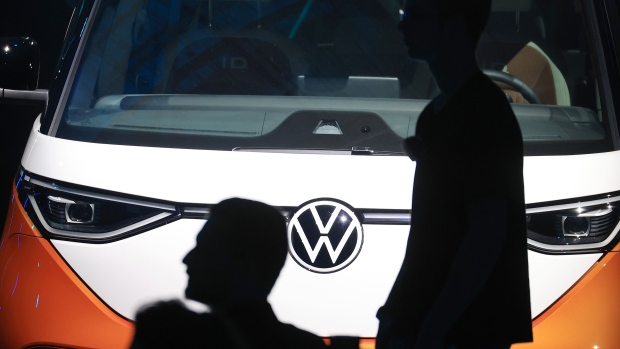 (Bloomberg) -- Volkswagen AG’s newly formed battery business is working to overcome supply-chain headwinds as it ramps up production and prepares for an initial public offering as soon as next year.

“The supply chain for our business simply doesn’t exist today,” Mueller said in an interview. “What is important is working with suppliers to scale this industry.”

Automakers from VW to General Motors Co. are exploring different business models as they race to electrify their lineups and catch Tesla Inc., the world’s top seller of electric vehicles. Europe is trying to build up a homegrown battery industry to counter the dominance of Asian suppliers.

READ: The Next Electric-Car Battery Champion Could Be European

PowerCo, which broke ground on its first European factory last week, is expected to invest more than 20 billion euros ($20 billion) in five of its own cell factories by 2030. Its flagship plant in Salzgitter, Germany, is due to start pilot production in 2024. VW is building a sixth factory in Sweden via a partnership with Northvolt AB.

VW remains open to IPO the unit after financing it internally and inviting in strategic partners, VW CFO Arno Antlitz said last month, adding that the business has been set up in a way to facilitate a potential listing next year or in 2024.

PowerCo is meant to bundle VW’s battery-making activities much in the same way as its Cariad unit is attempting to streamline software efforts. It will oversee activities including procurement, raw-materials processing, product development and plant management. The push ties into VW’s efforts to streamline decision-making and make the vast conglomerate leaner and more focused.

“We are starting from the beginning to cover all aspects, from the mine to the end product,” Mueller said. “We need to understand the sourcing, pricing to have a competitive product.”