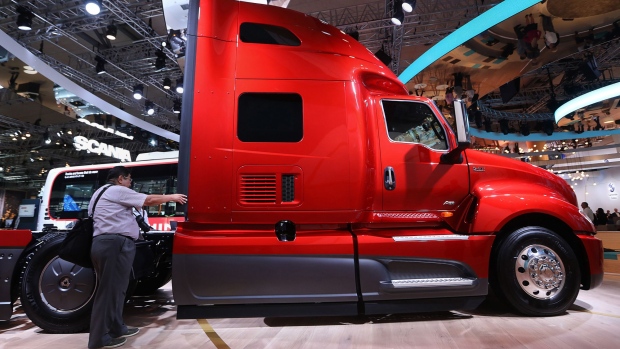 VW’s truck division will purchase the remainder of Navistar stock it doesn’t already own for US$44.50 a share, according to a statement Friday. Navistar said earlier the transaction is supported by Carl Icahn, its largest shareholder, and MHR Fund Management, the hedge fund founded by Mark Rachesky.

Navistar shares surged as much as 23 per cent to US$43.65 as of 12:45 p.m. Friday in New York. The stock slumped earlier this week after Traton put out a surprise statement saying that its US$43-a-share “best and final” offer would expire at 6 p.m. Central European Time today.

Boosting the value of VW’s trucks unit has been a major priority for Chief Executive Officer Herbert Diess. Traton is in the midst of a major restructuring of its MAN unit, and Diess called out the importance of acquiring Navistar in his address to shareholders at VW’s annual general meeting last month.

Adding Navistar, the maker of International branded trucks, to Traton’s portfolio will help VW to better take on sector leaders Daimler AG and Volvo AB. It currently has no direct access to the North American market, the industry’s largest source of profits, and instead relies on sales in Europe and Latin America.

Traton said the deal is subject to finalizing its due diligence and will have to be approved by its board and VW’s executive bodies, in addition to Navistar’s shareholders.