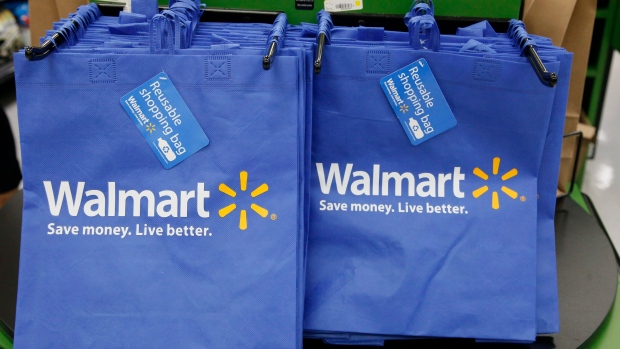 Wal-Mart Stores Inc (WMT.N), the world's largest retailer, reported a higher-than-expected quarterly profit on Thursday as sales at its established U.S. stores rose for the eighth consecutive quarter, sending its shares up more than 3 per cent.

Excluding a non-cash gain from the sale of Wal-Mart's e-commerce business in China and other items, earnings per share came to US$1.07 in the second quarter ended on July 31. That exceeded the analysts' average estimate of US$1.02, according to Thomson Reuters I/B/E/S.

Wal-Mart said sales at U.S. stores open at least a year rose 1.6 per cent, excluding fuel price fluctuations. That is stronger than market expectations for a rise of 1 per cent, according to research firm Consensus Metrix.

The retailer's comparable sales in Canada have been positive for nine straight quarters. This has been helped by market share gains in food, as well as the health and wellness segments, Briggs said citing data from Nielsen.

Earlier this year, Wal-Mart said it would invest US$2.7 billion over two years to increase entry-level wages to US$10 an hour, a move the retailer said has led to cleaner stores, faster checkouts and improved customer service.

Store visits increased 1.2 per cent in the second quarter.

Wal-Mart outperformed a string of weak results by competitors. On Wednesday, rival Target Corp cut its full year profit forecast and reported a drop in quarterly sales due to weakness in its electronics and grocery departments.

Shares of Wal-Mart were trading up 3.5 per cent at US$75.48 before the market opened. At Wednesday's close, the stock had risen nearly 19 per cent this year.