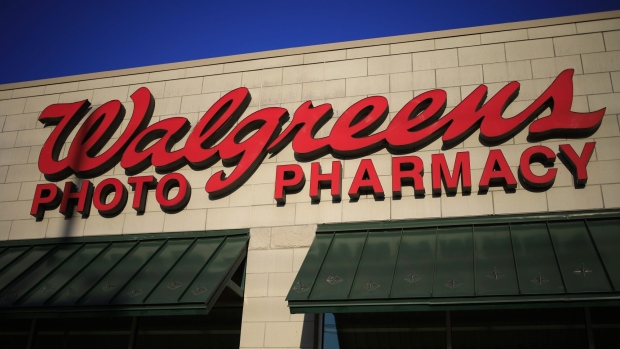 (Bloomberg) -- Walgreens wants customers to think about it for more than medicine and snacks -- it wants to be their bank too.

The drugstore chain will debut a new bank account for customers that will offer rewards tied to its loyalty program, Walgreens Boots Alliance Inc. said in a statement on Tuesday. The accounts will be established at MetaBank and also come with a Mastercard Inc.-branded debit card, Walgreens said.

“This new product offering will establish Walgreens as a destination for financial services, building on Walgreens’s legacy as a one-stop shop for pharmacy and convenience,” Stefan Happ, president of InComm Payments, one of the companies helping Walgreens debut the new accounts, said in the statement.

Walgreens has been eyeing financial services as a way to boost profits. Earlier this year, the chain said it would debut co-branded credit and prepaid debit cards. In Tuesday’s announcement, Walgreens said it would offer the bank account online and at its nearly 9,000 stores in the second half of the year.

The Walgreens chain, which includes Duane Reade drugstores in New York City, isn’t the only retailer looking to expand in financial services. Walmart Inc. also has said it’s hoping to offer customers access to lower-cost financial services, and announced it would form a separate financial-technology company as part of those efforts.

“We look forward to exploring and introducing even more customer-focused health and well-being payment initiatives in the near future, while creating new revenue streams,” Walgreens President John Standley said in Tuesday’s statement.