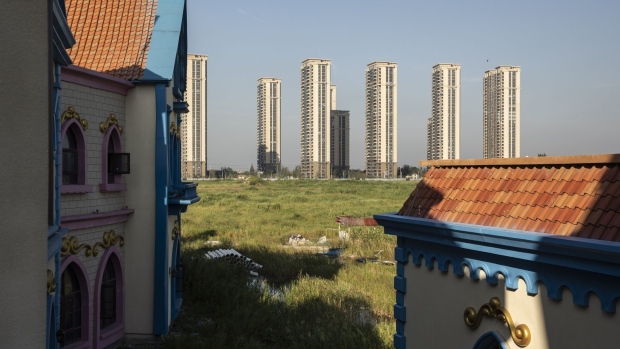 Troubles at Evergrande, with more than $300 billion of liabilities, spurred the Fed to seek information to head off any risks to financial stability, according to people familiar with the matter. Hong Kong’s central bank also asked lenders there to report risks tied to Evergrande, China’s largest issuer of high-yield, dollar-denominated bonds.

The contagion danger had been similarly dismissed by European Central Bank President Christine Lagarde, who said direct exposure in Europe is “limited.”

Powell said his main worry is “that it would affect global financial conditions through confidence channels and that kind of thing.”

A Fed spokesman declined to comment on the agency’s requests.