Traders and bankers hoping a better-than-expected third quarter would boost their year-end pay are likely to be disappointed.

Bonuses across Wall Street are poised to drop in 2019, according to a report Tuesday by compensation consultant Johnson Associates Inc. Equity traders are likely to fare the worst, with a drop of as much as 15 per cent from a year earlier, while debt and equity underwriters may see a 10 per centdecline. Fixed-income traders may do slightly better, with their bonuses falling only as much as five per cent.

“Pay is down in a healthy market -- that just tells you how much competition there really is,” Alan Johnson, managing director of Johnson Associates, said in an interview. “We’re clearly in the new normal.”

Banks have faced muted capital markets results in recent quarters amid uncertainty around geopolitics and interest rates. The industry’s healthy third quarter is unlikely to counteract the worst first half in a decade for Wall Street’s trading desks, particularly because the last three months of the year tend to be weak, Johnson said.

Those working at hedge funds and in private equity and investment banking advisory are likely to do better, with their bonuses potentially climbing five per cent, according to the report. 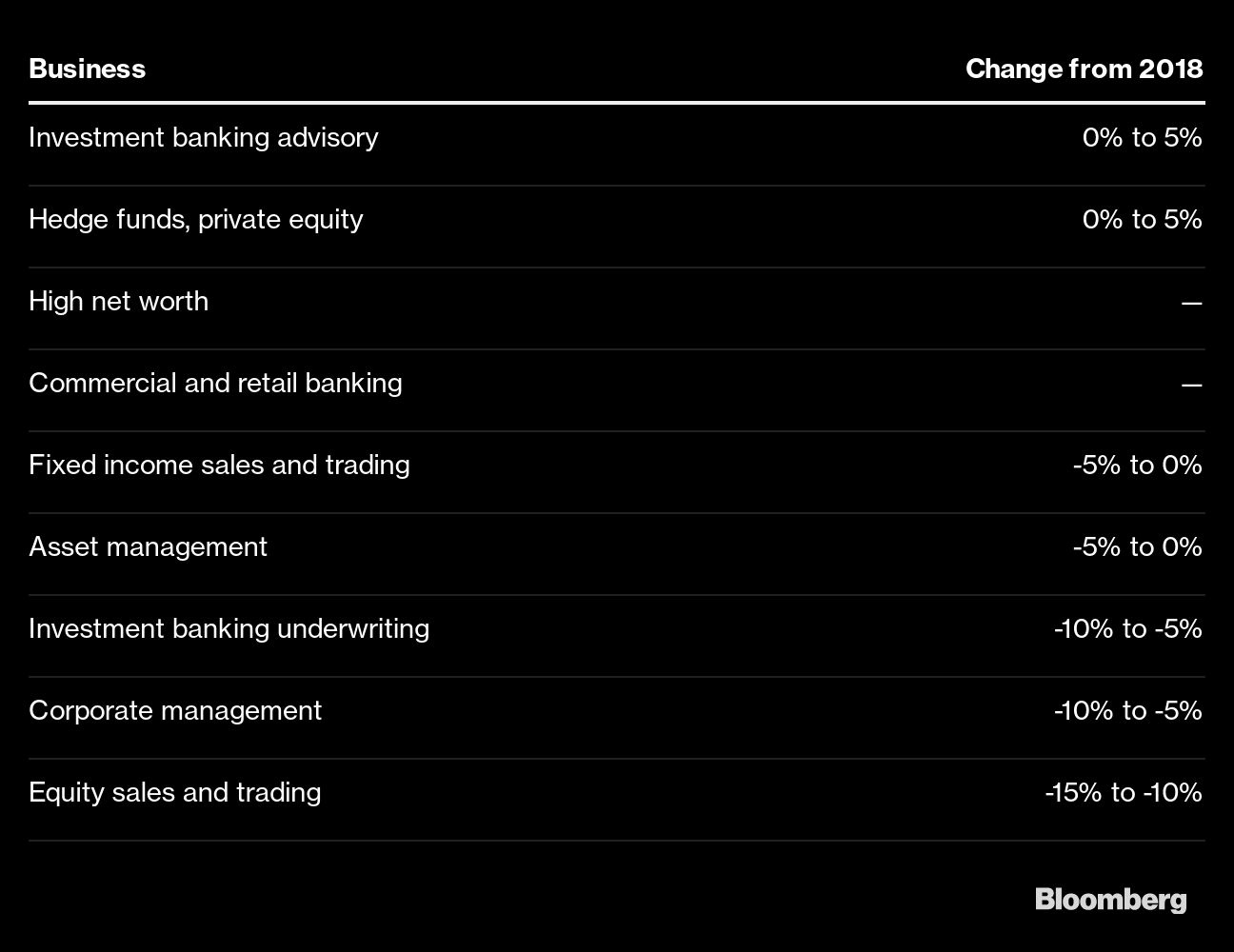 To make matters worse, next year is unlikely to offer much of a reprieve and instead will probably be “particularly challenging,” Johnson said in a statement accompanying the report. With interest rates falling and economic growth slowing, revenue forecasts have plunged at the biggest U.S. banks, which now have to focus on cost cuts to keep profits up.

“Within financial services broadly, there exists a real tension between business costs and the drive for high-end talent as market fundamentals and dynamics evolve,” Johnson said. “We expect selective layoffs and less hiring to continue as firms buckle down on expense management.”