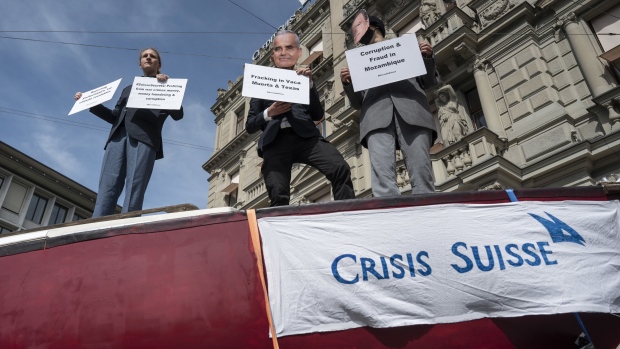 (Bloomberg) -- The environmental group that authored a key proposal against fossil-fuel financing said pushback from the banks it targeted helped ensure the resolution failed.

While the banks were asked by Sierra Club and other investors to end the financing of new fossil-fuel developments, the industry presented the idea as a request to immediately cut funding for all oil, gas and coal projects, said Ben Cushing, the Washington-based manager of Sierra Club’s campaign.

“The people conflating those things know better and are smart enough to know the difference,” he said in an interview. “It is hard to see how it isn't a deliberate and willful misrepresentation.”

Just under 13% of Citigroup shareholders voted in favor of the Sierra Club measure, according to a preliminary tally at the company’s annual meeting. At Bank of America and Wells Fargo, the proposals each drew 11% of votes in support.

In trying to explain to shareholders why she thought the resolution should be voted down, Citigroup Chief Executive Officer Jane Fraser said it “isn't feasible for the global economy or for human health or livelihoods to shut down the fossil-fuel economy overnight.”

Wells Fargo told shareholders that passing the resolution “would effectively preclude us from offering general purpose loans to the oil and gas sector,” while Bank of America CEO Brian Moynihan said the bank will continue to monitor client relationships and portfolios to help the transition.

“We work with CEOs and other companies around the world to help that transition take place,” he said. “We’ll continue to do so.”

Sierra Club, which has existed since the late 19th century and ranks among the most prolific activists on sustainable finance-related issues, said its request to cease funding for new projects was in line with recommendations from the United Nations Environment Programme Finance Initiative and the International Energy Agency’s scenario for net-zero emissions by 2050. In a May 2021 report, the IEA concluded that, in order to avoid a climate catastrophe, there should be no investment in new fossil-fuel supply projects.

Wells Fargo said in its proxy statement that the IEA's pronouncement is “only one of several scenarios, and these other scenarios don’t make this same assumption.”

For Cushing, while the outright level of support for the banking proposals was low, he's hopeful that some progress is being made. That's because any resolution that gets more than 5% support can be resubmitted the following year and anything with more than 10% backing is hard for management to ignore.

And this year's resolutions “are really a first of their kind” because they want specific limitations on lending and underwriting, rather than asking for targets or disclosures, he said.

At Credit Suisse Group AG, slightly more than 20% of shareholders backed an attempt to force the Swiss bank to disclose more on its efforts to tackle climate change and reduce financing for fossil fuels. While the proposal, which was submitted by the Ethos Foundation, ShareAction and 11 institutional shareholders, was defeated, Credit Suisse noted that ESG reporting will become mandatory in its home market from 2024.

In London at the HSBC Holdings Plc shareholder meeting, executives struggled Friday to talk over climate protesters singing a slightly amended version of Abba’s “Money, Money, Money.” Last year, the bank’s shareholders backed a resolution to phase out all coal-fired power and thermal coal mining financing by 2040, and share detailed medium- and long-term plans for phasing out its fossil-fuel financing.

Barclays Plc and Standard Chartered Plc are next up, with their annual shareholder meetings scheduled for later this week.