Wall Street predicts the White House will push through approval of one or maybe even two COVID-19 vaccines to help bolster Donald Trump’s chances before the U.S. presidential election.

While scientists, including the nation’s top virus expert Anthony Fauci, have set their eyes on a vaccine by early 2021 at the earliest, sell-side research analysts have been bringing in experts to weigh in on the possibility of a shorter timeline — ahead of the Nov. 3 vote.

That date is increasingly important as Democratic challenger Joe Biden gains steam, with more Americans scrutinizing the Trump administration’s handling of both the pandemic and the nation’s divisive racial inequities.

There were 13 experimental coronavirus vaccines being tested in humans and more than 120 others in earlier stages of development, according to the World Health Organization’s latest count, although new trials are moving forward at record speed. Biotechnology and pharmaceutical companies including AstraZeneca Plc and Moderna Inc. have been ramping up production and promising supplies of millions of doses of their still experimental vaccines before the year ends. 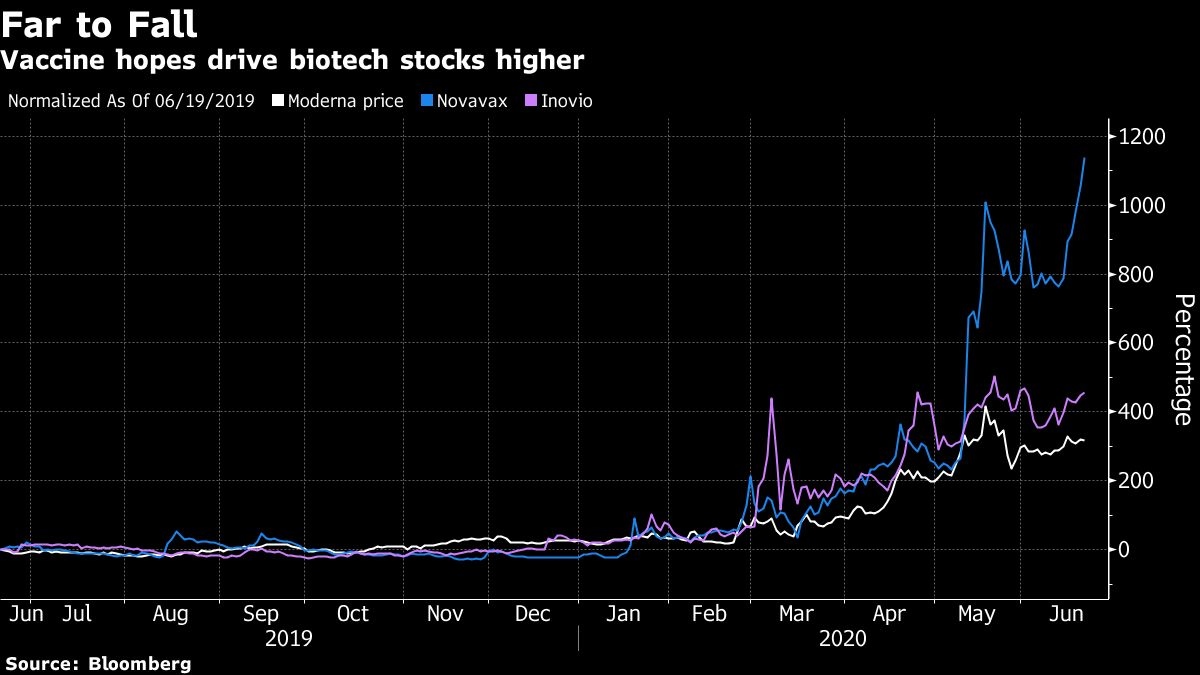 “All the datapoints we’ve collected make me think we’re going to get a vaccine prior to the election,” Jared Holz, a health-care strategist with Jefferies, said in a phone interview. The current administration is “incredibly incentivized to approve at least one of these vaccines before Nov. 3.”

Holz is not alone in that view. Raymond James policy analysts wrote in a client note that “the Trump White House is putting tremendous pressure on the FDA to approve an emergency use authorization (EUA) for a vaccine prior to the election.”

“In an ideal world for the Trump campaign, the EUA would be issued in October and images of health-care workers and vulnerable senior populations getting the vaccine in ‘record time’ would lead the nightly news,” the Raymond James analysts said.

The Trump administration has also been prodding health officials, according to a Washington Post report this week that cited two senior White House officials. The U.S. government is backing efforts from companies including Moderna and Johnson & Johnson, as well London-based AstraZeneca and France’s Sanofi.

Talks of an expedited vaccine have also been a hot topic at recent investor meetings. Michael Yee, a Jefferies biotech analyst, hosted a call with a vaccine research expert and virologist, who saw a strong likelihood that a vaccine could be available around the election. The expert said he might recommend such a vaccine to a “targeted” set of patients, though it wouldn’t be clear how long-lasting an effect it might have.

Executives at Goldman’s Global Healthcare Conference last week were also positive on the potential of at least one vaccine, possibly even two, being available before Nov. 3, according to analyst Asad Haider.

“Society will have to make a risk choice on how many people to vaccinate with an early approval,” Haider wrote after the event.

While a vaccine approval would be positive for the U.S. stock market as investors focus on reopening businesses and jump-starting the economy, it could actually create a “sell the news” event for vaccine makers, Holz said. Those stocks have already seen huge gains. Shares of Moderna have more than tripled this year while smaller rivals like Inovio Pharmaceuticals Inc. quadrupled and Novavax Inc. surged about 1,500 per cent.