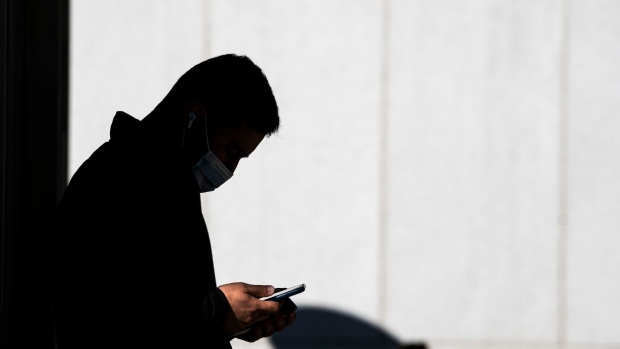 (Bloomberg) -- A US investigation into unauthorized texting on Wall Street is forcing many of the world’s biggest banks to create a new compliance role: the WhatsApp cop.

Firms can blame the bosses who broke the rules.

As US regulators punished 11 Wall Street banks Tuesday for failing to stop staff from using unauthorized messaging platforms, investigators took a moment to describe some of the worst offenders -- including heads of trading desks, dealmaking teams and executives with national and global responsibilities. In some cases, managers even texted with employees in charge of ensuring that banks complied with the law.

So as part of the solution -- on top of more than $2 billion in fines levied so far -- a roster of firms including Bank of America Corp., Citigroup Inc., Goldman Sachs Group Inc. and Morgan Stanley each promised to hire a compliance consultant to review how they monitor and archive any work-related communications, including on employees’ mobile phones or other personal devices.

The US Securities and Exchange Commission underscored past failures in oversight by describing at least a few senior managers at each firm who engaged in rampant texting with colleagues and clients. The agency previously said it’s particularly frustrated with executives who were supposed to help enforce the rules but broke them instead.

EXPLAINER: Why Wall Street Is in Hot Water for Using WhatsApp

At Bank of America, which disclosed the most in penalties Tuesday, one head of a trading desk told brokers at other firms to delete messages they had exchanged on personal devices and to switch to Signal, which is encrypted, according to the Commodity Futures Trading Commission. The executive resigned this year.

The SEC’s decision to call out executives -- based on a sampling of messages that banks were asked to gather for the investigation -- may ramp up the pressure on firms to ensure certain managers are held accountable. JPMorgan Chase & Co., the first bank to settle the probe last year, ousted a few executives over the inquiries and disciplined many others, sometimes lowering their bonuses.

A spokeswoman for Citigroup said in a statement that the lender is pleased to have the case resolved. Deutsche Bank AG “proactively deployed fully compliant and convenient text and chat platforms and will continue to scale these technologies to meet the expectations of our regulators and our clients,” a spokesman said in a statement. Representatives for the other banks either declined to comment or didn’t immediately respond to messages seeking comment.

Here are some of the executives singled out in SEC settlement documents with major investment banks for allegedly broking the rules:

Bank of America: A managing director at the investment bank with a US-wide role sent and received thousands of messages, including to colleagues, clients and personnel at other firms. And the head of an equities trading desk texted with more than 50 colleagues and numerous people outside the firm.

Barclays Plc: A managing director in the investment bank exchanged thousands of business-related messages. And the head of a fixed-income trading desk texted with more than 29 colleagues, as well as people at other firms.

Cantor Fitzgerald: A managing director in a leadership role in the firm’s investment bank swapped about 3,000 messages with colleagues, investment banking clients and staff at other financial services firms. Another senior managing director with a leadership role in equities trading exchanged about 1,000 messages with colleagues.

Citigroup: A now-former managing director with a global role in the investment bank sent and received thousands of messages. And the head of a fixed-income trading desk texted with more than 70 colleagues.

Morgan Stanley: A managing director with a US-wide role in the institutional securities business sent and received more than 1,400 messages. And an associate on a derivatives trading desk exchanged more than 2,500 messages with colleagues.

Nomura Holdings Inc.: A managing director in a US leadership role in the firm’s investment bank exchanged more than 1,000 messages with colleagues, investment banking clients and personnel at other financial firms. Another managing director in a global leadership role in fixed-income trading sent and received more than 1,000 messages with colleagues.

UBS Group AG: Three managing directors sent or received more than 1,000 messages with one another, other managing directors and employees under their supervision. One of those three and another executive communicated with personnel whose responsibilities included ensuring UBS’s compliance with the law.

(Updates with other bank employee texting examples from 13th paragraph.)