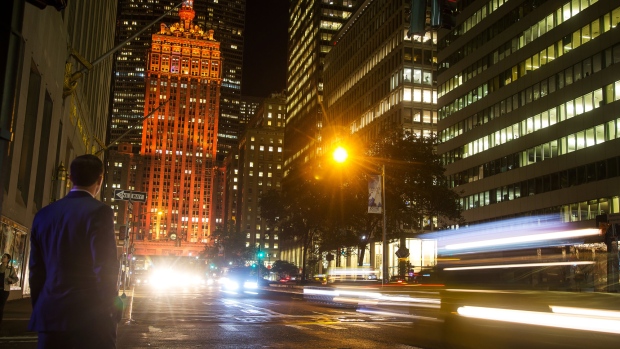 In letters to Amazon released when the company announced its new sites Tuesday, officials from the three locations emphasized their commitment to financing infrastructure surrounding the online retailer’s new offices. Banks that raise money in the $3.9 trillion municipal-bond market -- which state and local governments turn to when they finance capital improvements -- stand to benefit as a result.

While Arlington County may not be able to finance the helipad that Amazon wants, the county is committed to building out public infrastructure and a "top tier transportation system," it said in its letter. New York City officials said it would create an infrastructure fund for streets, sidewalks, utility work and transportation for the new campus in Long Island City.

Nashville said roads, parks and greenways would be built as part of the new operations center that Amazon is building downtown. The Amazon announcement comes after AllianceBernstein Holding LP moved its corporate headquarters to Nashville, which may prod officials to revisit a $5 billion transportation plan that voters nixed earlier this year.

While none of the three localities explicitly mentioned issuing bonds, cities, counties and public agencies selling bonds for the benefit of corporations and economic development projects has become near-commonplace. New York said it would provide funding for "community infrastructure" through a payment in lieu of taxes program that will collect money from the retailer. Governments frequently sell bonds backed by such revenue.

Even the riskiest of deals have been well-received by the municipal market. So investors will likely be eager to gobble up any debt out of New York City, Arlington County and Nashville for the benefit of the world’s third most valuable company.

To contact the editors responsible for this story: James Crombie at jcrombie8@bloomberg.net, Michael B. Marois, William Selway