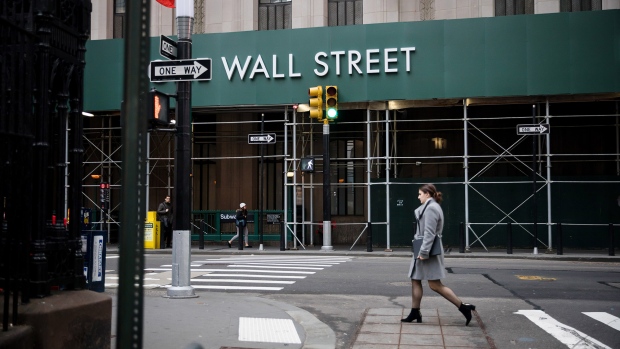 (Bloomberg) -- The latest effort to impose restrictions on Wall Street bonuses is advancing as key regulators review a draft of new limits, according to Joseph Otting, head of the Office of the Comptroller of the Currency.

Otting told members of the House Financial Services Committee at a Thursday hearing that a proposal written by his agency has been shared with the Securities and Exchange Commission. The OCC and SEC are two of the agencies that must sign off on a rule, required by the Dodd-Frank Act of 2010, to restrict pay practices with the aim of curbing excessive speculation by executives. Once the two agencies agree on an approach, they’ll share it with the other four regulators involved, Otting said.

Otting said he is hopeful that the regulators will put out the proposal this year, but declined to provide further details about the work. A rule produced by officials appointed by President Donald Trump would be expected to go easier on the industry than two plans proposed during the Obama administration.

The most recent version, in 2016, sought to limit “excessive” compensation while requiring executives to wait longer to cash out bonuses and giving financial firms as long as seven years to claw back pay tied to misconduct. That proposal, and one that preceded it, both failed to win final approval by regulators.

While big banks awaited the rule -- for which the Dodd-Frank deadline passed eight years ago -- they moved to establish incentive-pay restrictions that they say have often exceeded the limits required by the law.

To contact the reporter on this story: Jesse Hamilton in Washington at jhamilton33@bloomberg.net

To contact the editors responsible for this story: Jesse Westbrook at jwestbrook1@bloomberg.net, Gregory Mott