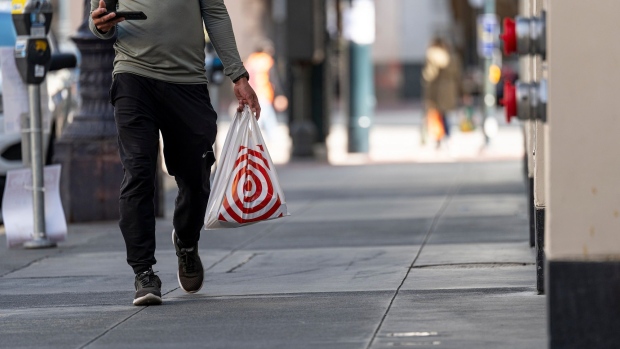 (Bloomberg) -- Walmart Inc. and Target Corp. said this week that their costs are outpacing their prices, and they’re not exactly rushing to close the gap. Wall Street’s verdict: sell.

Target sank the most in eight months on Wednesday after reporting a decline in gross margin, a broad measure of profitability that was one of the few blemishes on a strong earnings report. Walmart fell a day earlier when it disclosed similar pressure, even as the company -- like Target -- exceeded expectations for profit and sales.

The selloff reflects investor unease about the earnings threat from supply-chain bottlenecks, a labor squeeze and rising fuel costs, which are combining to propel U.S. consumer prices to the fastest growth in three decades. Questioned about when they would raise prices more aggressively amid strong consumer demand, officials at both retailers said they would eschew the brusque increases that would risk sending shoppers elsewhere.

“People have been frustrated that they were not able to drop more of the strong sales to the bottom line,” Joe Feldman, an analyst at Telsey Advisory, said in an interview with Bloomberg TV. “It’s the supply chain pressure, and that’s all-encompassing. It’s everything from the labor to the delivery of goods.”

In conference calls with analysts, executives emphasized the opportunity to gain market share. Target said it is intent on “protecting prices” even as expenses rise. Walmart said Tuesday that it has been widening the gaps between its “everyday low prices” and what competitors are charging.

“As far as gross margin, we start all these conversations with ‘What’s the right value for customers?’” said John Furner, CEO of the company’s U.S. operations. “We’re happy with our price positioning, we see gaps that are wider now than they were before the pandemic began and we intend to maintain that position.”

Big retailers have also invested heavily in stockpiling goods for the holidays despite transportation logjams. Walmart and Target reported another quarter with double-digit percentage increases in inventory and both said they’ll be ready for the busiest shopping day of the year.

“Our teams are working diligently to get the right inventory to the right place at the right time,” said Christina Hennington, Target’s chief growth officer. “Doing so has driven some near-term gross-margin pressure -- and appropriate long-term investment in the relationship with our guests.”