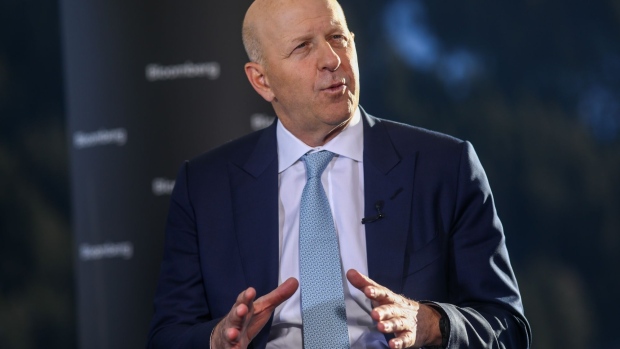 (Bloomberg) -- Some of New York’s biggest employers are urging local leaders to let them help with the Covid-19 vaccination effort, arguing that the slow rollout is putting the state’s economic recovery at risk.

Goldman Sachs Group Inc., JPMorgan Chase & Co., Citigroup Inc. and KKR & Co. were among a few dozen companies that got on a call Thursday with the state’s vaccination czar, Larry Schwartz, to offer their services, according to people on the call. The firms said they can provide distribution and logistics, and could help persuade the Biden administration to boost New York’s vaccine allocation.

“Our economy will not recover, and we won’t be able to get people back into the office, until we have good penetration of the vaccines,” Goldman Chief Executive Officer David Solomon said.

Wall Street leaders, who have operated from largely empty office towers, are getting increasingly concerned about continued delays that threaten a return to normal operations. New York City has had to cancel thousands of appointments and temporarily suspend 15 community vaccination sites due to vaccine shortages and distributor delays.

The city continues to administer the shots, but many hospitals and vaccine sites have stopped offering new appointments for first doses. Appointments for second doses are still being made.

“The business community is very concerned of the consequences of not getting the vaccine out because it is critical to economic recovery and bringing people into the offices,” said Kathy Wylde, chief executive officer of the Partnership for New York City, a group that represents many of the city’s biggest employers.

Wylde, who was also on the call, said in an interview that the goal was to help get the vaccine out to the public, not just employees of the companies involved.

“They know how much state and local governments are dealing with, and they are just saying they have logistics expertise, medical facilities and personnel that can help accelerate distribution,” she said.

De Blasio issued several warnings this week that the city was dangerously close to running out of vaccines.

About 200,000 shots are sitting on shelves because New York City is “saddled” with rules preventing it from using second doses, de Blasio said. Both Covid-19 vaccines from Pfizer Inc.-BioNTech SE and Moderna Inc. call for each person to receive two shots.