The world’s biggest banks are on track to make a killing in commodities this year, surpassing the record sums they made in the financial crisis.

The 100 biggest banks by revenue are set to make US$18 billion from commodities trading in 2022, according to data and estimates from Vali Analytics in London. That would be the highest in the data, which goes back 14 years, and exceed the previous high watermark in 2009.

The prediction is the latest evidence that the wild swings in energy prices triggered by the war in Ukraine are delivering a boon to commodity traders, even as they push European nations into crisis. 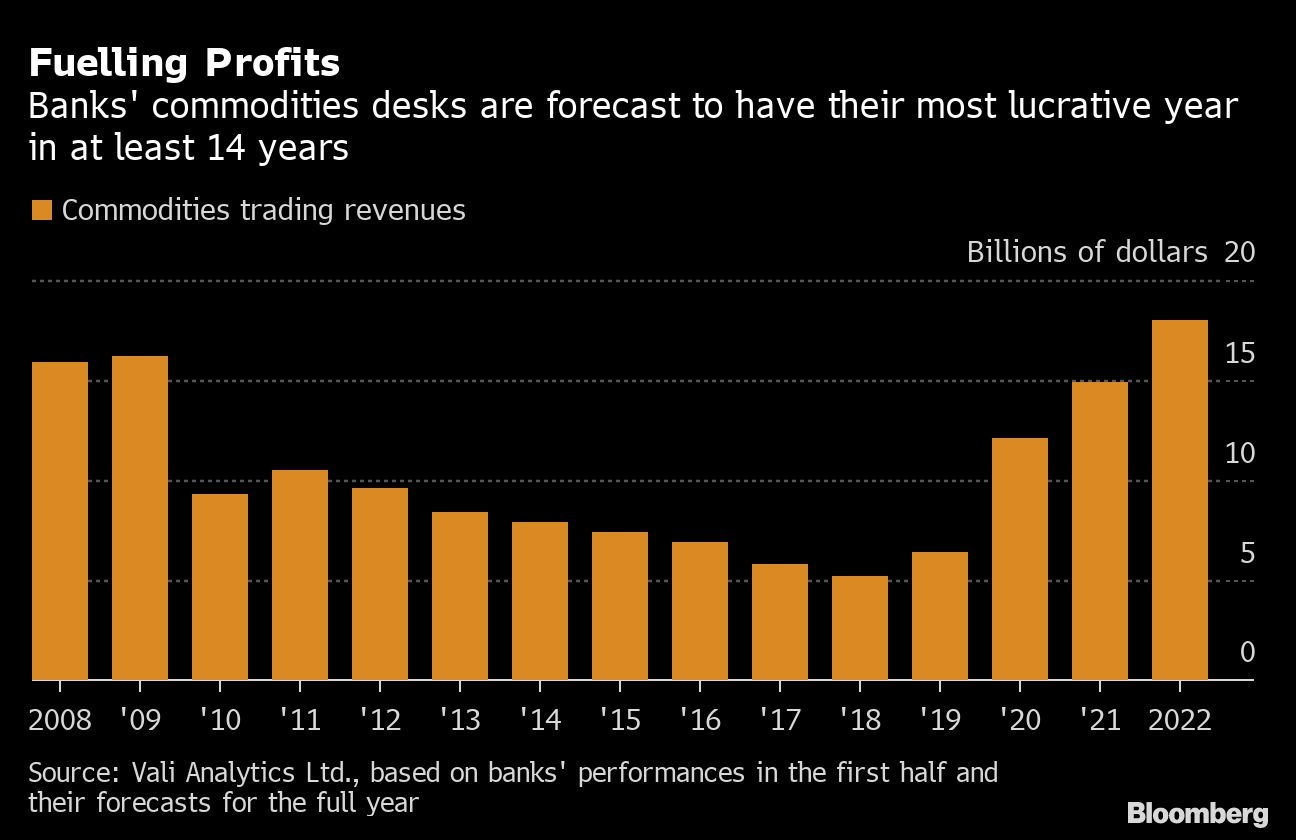 They’re not the only firms cashing in on the heightened volatility. Physical commodity trading houses such as Vitol Group, Trafigura Group and Glencore Plc have posted record profit this year, while commodities-focused hedge funds have also notched up stellar returns.

For the banks, the expectation of record revenue marks the culmination of a revival in commodity trading following several years in the doldrums. Regulatory scrutiny after the financial crisis prompted banks including Morgan Stanley and JPMorgan to slough off large chunks of their commodities businesses. Even Goldman, long the leader in commodities among Wall Street banks, suffered a crisis when earnings plummeted in 2017.

But in recent years, they’ve benefited from rising prices and market dislocations as the world economy lurched in and out of COVID restrictions. In 2020, they profited from a dislocation in prices between the largest gold markets, while the freezing weather that hit Texas in 2021 delivered a gas and power trading windfall.

Russia’s invasion of Ukraine, however, has triggered some of the most dramatic commodity price moves in history. European gas prices rose more than 500 per cent during some points of the last year, nickel spiked by 250 per cent in two days, and oil surged in March before tumbling.