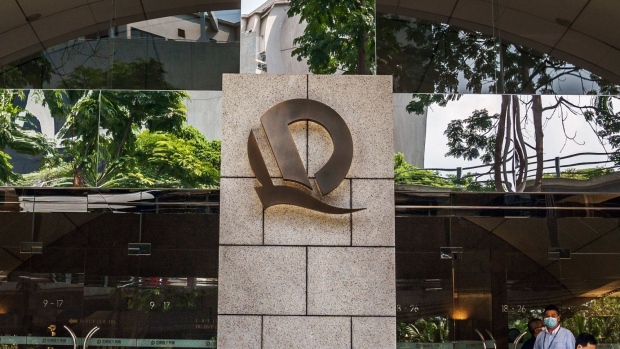 (Bloomberg) -- Wall Street analysts are putting their faith in the Chinese Communist Party.

After a harrowing Monday that saw risky assets tumble globally on fears of a collapse in China Evergrande Group, some of the world’s biggest banks and money managers raced to assure investors that this is no Lehman moment.

The message from firms including Citigroup Inc., Fidelity International Ltd. and AllianceBernstein Holding LP: Evergrande may indeed default, but Chinese authorities will take steps to prevent the company’s crisis from destabilizing the financial system and economy.

Gains in S&P 500 Index futures on Tuesday suggest investor angst has subsided, at least for now.

Here’s a sampling of what strategists and money managers are saying about the prospect of contagion:

So, is this China’s Lehman moment? Not even close, in our opinion.

Yes, Evergrande is a large property firm. And yes, there could (probably will) be spill-over effects on China’s property sector, with economic implications. And yes, it comes at a time when China’s growth has already started to disappoint. But a true ‘Lehman moment’ is a crisis of a very different magnitude. One would need to see a lenders’ strike across large parts of the financial system, a sharp increase in credit distress away from the real-estate sector, and banks being unwilling to face each other in the interbank funding market. And with all that, we would also need to see massive policy mistakes on the part of Chinese authorities. In our view, the conditions are simply not in place for even a large default to be China’s Lehman moment.

We do not see the Evergrande crisis as China’s Lehman moment given policy makers will likely uphold the bottom line of preventing systematic risk to buy time for resolving the debt risk, and push forward marginal easing for the overall credit environment.

Our base case is that there will be a relatively orderly restructuring, it’s not in the interest of policy makers, economy or the market to go into a destabilized uncontrollable spillover, and have this impacting other parts of the economy.

Near term there will be uncertainty and volatility, but outside of Evergrande, policy makers will be able to engineer some sort of recovery from this.

I don’t think this is a Lehman moment. I think when you try to reduce moral hazard after four major credit cycles, it is going to be messy. The biggest risk out here is not what happens to suppliers or what happens to the financial system in the near term, I don’t think that’s an issue. I think China has managed that reasonably well. Default levels are pretty low in the overall economy and the capital adequacy for banks, particularly the large banks, is quite high.

I think the most important issue is what this does to the collateral of the entire credit boom -- which is property prices -- and therefore confidence in property itself.

If we look at the past three years, we have seen restructuring that the government or regulators have been involved in, whether it’s Huarong, China Fortune Land, and other single credit events. So they have the confidence in terms of this potential restructuring.

The likely scenario is that they will avoid bankruptcy when it comes to Evergrande [and] seek restructuring with strategic investors or bridge investors. The priority from a domestic perspective and a sentiment perspective is projection completion and supply chain cash settlements.

The expectations of a broad contagion may be overdone. Clearly the impact on growth is there. But I think the key point here is I continue to believe this is not a moment like what we had in 2008. There has certainly been a subtle change of signal from the policy makers in China. A lot of that we think is already reflected in price.

[The market sell-off] is primarily driven by technical selling flows (CTAs and option hedgers) in an environment of poor liquidity, and overreaction of discretionary traders to perceived risks. Our fundamental thesis remains unchanged, and we see the sell-off as an opportunity to buy the dip.

Risks are well-flagged and priced in, with stock multiples back at post-pandemic lows for many reopening/recovery exposures. We look for cyclicals to resume leadership as delta inflects.

Against the market view, we see regulators keeping a close eye on Evergrande and think it could soon put forward a plan or meaningful progress to reduce the impact.

We expect a plan to resolve the issues, or help make meaningful progress to be out by the end of the year (also possible within 1-2 months) as China will focus on boosting 1Q22 economic growth starting from 4Q21.

It could break the negative feedback loop by easing liquidity, as what it did during the interbank credit crunch in 2013. Moreover, given property policy is unprecedentedly tight at this moment, policy makers have plenty of room to loosen if they want. It seems that they are willing to wait a bit longer to reduce the moral hazard in the future, but they could step in anytime for the sake of financial and social stability.

There is very little likelihood of default spilling over into a systematic crisis. First, Chinese regulators are the ones triggering the most recent fall of Evergrande.  The regulators have prepared for it, and they will be able to manage through it.

Because there is low likelihood of a systematic crisis, many of the Chinese developers – particularly the higher quality companies with strong balance sheet, capable management and good product reputation – will survive this round of correction.  In the market panic over the last two weeks, their valuations have already overshot on the down side.  In our opinion, these select quality developers present compelling return opportunities for long-term minded investors.

Concerns over the rising default risk of Evergrande, the property developer, have roiled financial markets over the last week. While we think the government doesn’t want to be seen as engineering a bail out, we expect it to step in to conduct a managed restructuring of the firm’s debt to prevent disorderly debt recovery efforts, reduce systemic risk, and contain economic disruption.