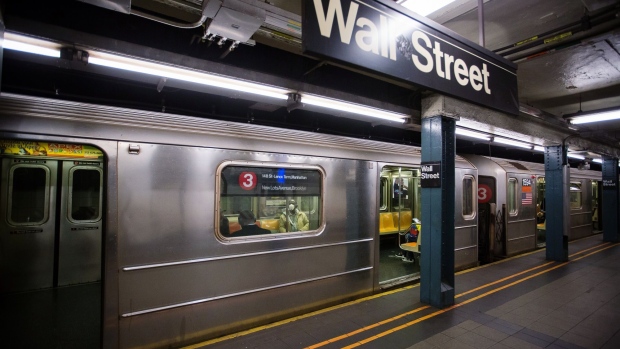 The new dividends cap and demands for further rounds of stress testing give the Fed flexibility to change capital return policy if the economy worsens, or rebounds, analysts said. They see Wells Fargo and Capital One Financial Corp. as most likely to cut dividends soon, while Citigroup Inc. and Morgan Stanley fared better than expected.

The Fed has asked banks to refrain from making announcements on buybacks and dividends until Monday. 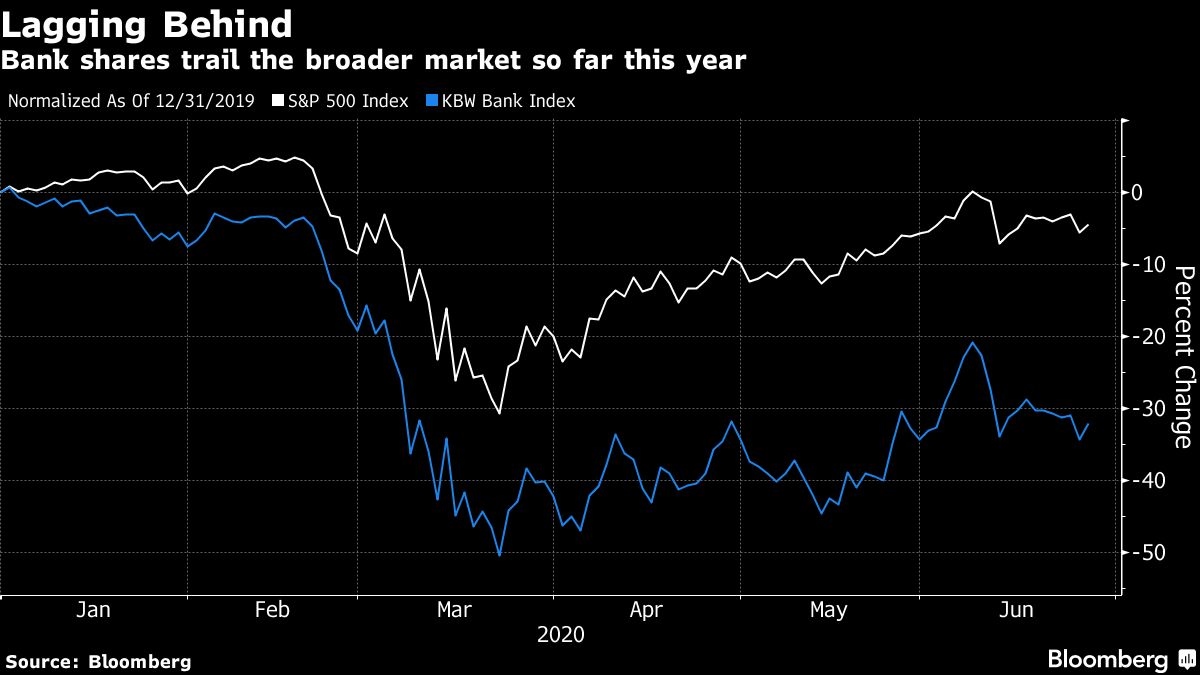 The KBW Bank Index sank as much as 6.2 per cent to the lowest in a month. JPMorgan Chase & Co., Bank of America Corp. and Wells Fargo all shed more than 5 per cent. Morgan Stanley was little changed and Capital One fell 2.2 per cent. The index has been hit hard so far this year by the pandemic crisis and lower interest rates, plunging 36 per cent versus a 6.3 per cent drop for the S&P 500.

“Investors hoping for a non-event got anything but” with the release of the stress test results, Chubak wrote in a note. He sees Morgan Stanley as the big winner, followed by Citigroup. Goldman’s results were the most disappointing, followed by JPMorgan and Capital One, with the dividend cap negative for Wells Fargo and Capital One.

“While bank dividends appear largely safe for now, we would note that the group has not yet been given the ‘all clear’ as limitations will be revisited on a quarter by quarter basis,” he said.

The Fed will probably be “very hands on” until the economy stabilizes, which means the central bank can “pull the trigger on capital distributions more rapidly if needed,” Graseck wrote.

With the Fed’s dividend “curve ball,” she expects Wells Fargo will trim its third-quarter dividend to 36c from 51c and that Capital One will eliminate its dividend from a prior 40c payment. She had expected Wells would cut to 30c in the fourth quarter. She also sees risk-weight assets (RWA) cuts at Goldman Sachs Group Inc.

The Fed has put “the market on notice that dividends could be suspended or restricted more severely starting in the fourth quarter if bank losses grow and the economy gets worse,” Seiberg said.

That’s likely to “disappoint all sides,” as “big bank critics will be upset that banks are able to pay any common dividends even though dividends make up less than 30 per cent of capital that is returned to investors. And the banks are likely to be upset that the sensitivity analysis for Covid-19 did not incorporate federal stimulus, which has been extensive.”

“The biggest uncertainty comes with the requirement for banks to resubmit a new capital plan,” Shea said. She added that it’s unclear if new Fed analyses will impact the stress capital buffer (SCB) and capital ratio minimums.

She sees Wells Fargo and Capital One as most at risk for near-term dividend cuts, while Goldman Sachs Group Inc. may face capital distribution limitations, although it can probably still maintain its dividend, “which implies the outcome is less negative than the headline number would suggest,” she said.

“Banks will be on a much shorter leash going forward,” Crisafulli wrote, as the “industry will essentially be forced to resubmit their capital plans later this year and there will be updates conducted quarterly.”

“On a positive note, the industry’s cumulative capital doesn’t breach the regulatory minimum even under the most stressed Covid scenarios,” he added.

“The Fed’s stress test indicates that this institution has serious questions concerning future bank earnings and capital,” Bove said. “It also indicates that a number of banks must sharply reduce their payouts. Uncertainty and lower yields is not the basis for rallying these stocks.”

“The Fed’s tone had some heaviness to it, which must have weighed on investors,” Katz wrote.

With requirements for resubmitting and updating capital plans to reflect current stresses, and added analysis each quarter, the Fed is “going to be keeping a very close eye on these banks going forward,” he said. “That wording is stern, but it shouldn’t be surprising given the state of the economy.”

“Results were mostly positive and stress capital buffer (SCB) shouldn’t be a capital constraint for most,” Martinez said, noting that all firms except Goldman had first-quarter CET1 (common equity tier 1) ratios above estimated minimums.

“At first blush, the results are most positive for Citi (buy) and Citizens (buy) given lower bars,” and were positive for trust and regional banks, he said. There was also an improvement for Morgan Stanley, but capping the third-quarter dividend at the average of the last four quarters net income means Wells Fargo and Capital One may need to cut dividends. Extending the cap beyond the third quarter may “lead to lower dividend caps more broadly as trailing four quarter average net income falls.”

The Fed revisiting analysis quarterly and requiring banks to submit their revised stress test is “prudent” given the ongoing economic uncertainty, Cassidy said, and “should make the capital planning process more relevant to the current environment.”

Cassidy sees Dodd-Frank Act stress testing (DFAST) results as “strong, which suggests that when the economic environment stabilizes and starts to expand in the second half of 2020, the banks will be well positioned to resume stronger capital action plans in 2021.”

“Although the cancellation of buybacks and the capping of dividends were expected, the backward-looking earnings test for future dividends was a surprise,” Heagerty wrote. He sees an impact only for Wells Fargo, and had already halved his dividend forecast, and noted that Citi and Morgan Stanley “performed much better in 2020, which will be beneficial for post-pandemic returns.”

He added that “coronavirus stress scenarios look very negative at first blush but bizarrely don’t take into account any government stimulus or Fed support so are somewhat unhelpful.”

--With assistance from Yalman Onaran.