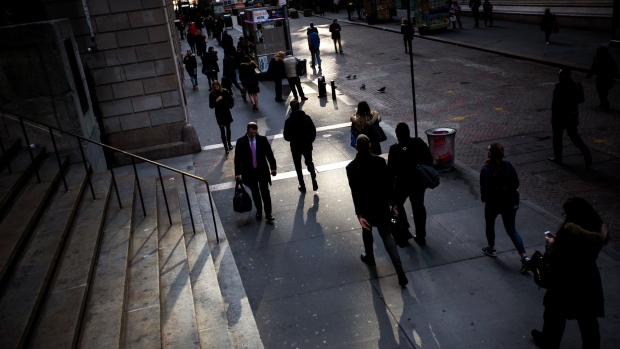 The Wall Street traders who generated windfalls at banks this year may reap more modest rewards than they initially hoped for.

The biggest U.S. lenders are tempering expectations for employee payouts after the global pandemic spurred an avalanche of trading activity and sent revenues soaring. At Bank of America Corp., plans to keep the bonus pool for sales and trading at last year’s level disappointed some staff. Citigroup Inc. will leave the overall pot unchanged for equities, while boosting it for bond traders by at least 10 per cent. More-generous increases approaching 20 per cent are under discussion at JPMorgan Chase & Co. and Goldman Sachs Group Inc., but even within those firms, bonuses will probably vary widely.

“The general tone across the Street is somewhat pessimistic,” said Paul Sorbera, president of Wall Street executive search firm Alliance Consulting in New York. “It’s going to be a mess” for managers to make compensation decisions given the uneven performance across different teams this year, he said. 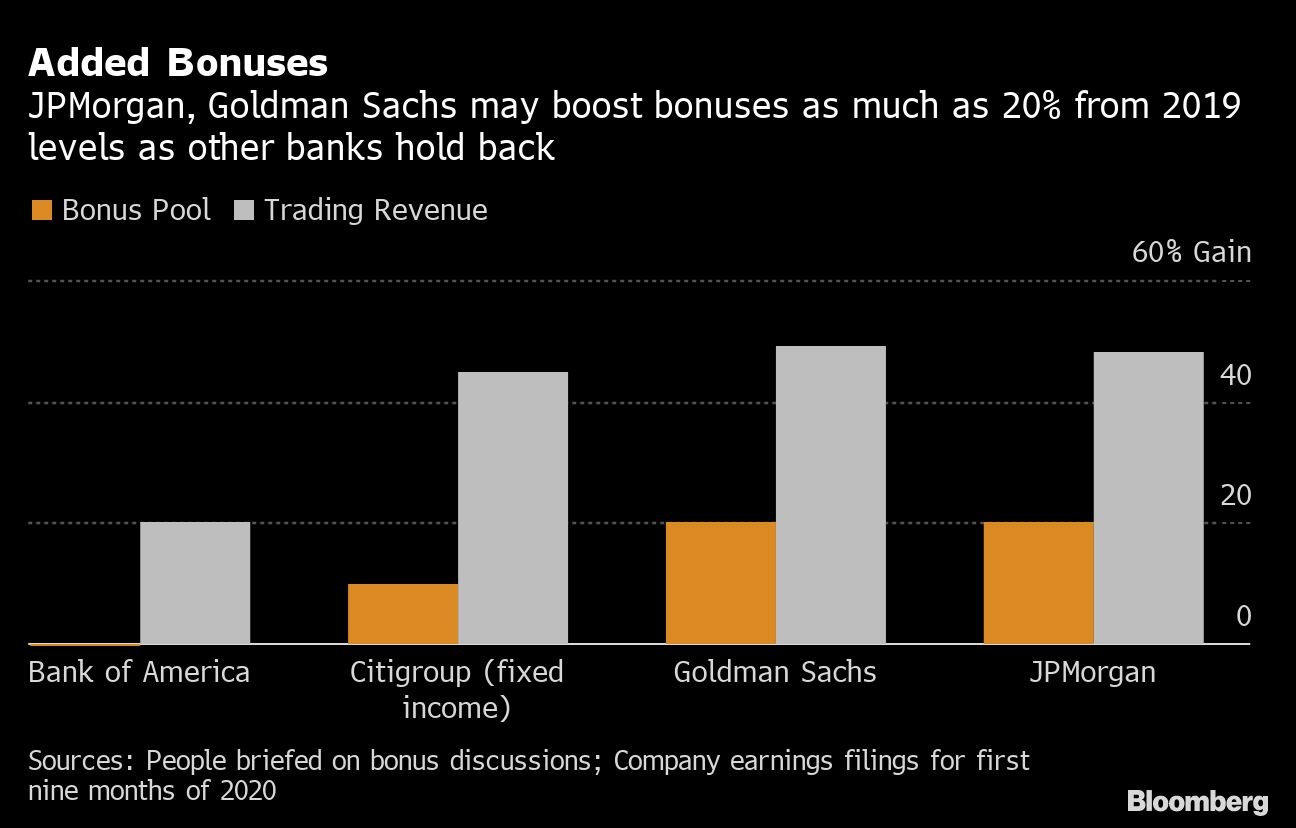 The reality check comes amid a global pandemic that’s upended economies and roiled markets. As industry executives lock in year-end compensation decisions, they’ll have to weigh stellar trading performance against the potential for loan losses in consumer and corporate-lending divisions. Banks are also wary of making big payouts to bankers, which could draw criticism from the public and lawmakers when millions are out of work.

Even against that backdrop, firms have made it a priority to reward their shareholders. The six biggest U.S. banks will be able to buy back as much as US$11 billion of their own shares in the first quarter of next year after the Federal Reserve gave lenders the green light to resume purchases.

Trading divisions helped fuel some of the profits that will be returned to shareholders. The five biggest U.S. investment banks are on pace for their first US$100 billion year for trading revenue in more than a decade. In the first three quarters of the year, they generated almost US$84 billion, more than any full year since 2010.

Still, that’s not going to be enough to lock in the huge bonuses of years past.

“Management is very concerned with people getting the notion that they’re going to get paid proportionately to the increase in revenue,” Sorbera said. “That’s not happening.”