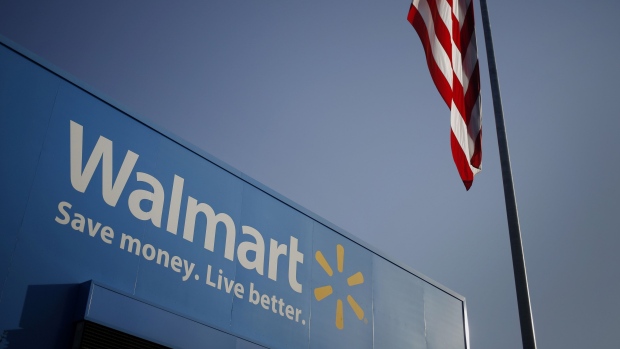 Walmart Inc. announced a fintech startup as the world’s largest retailer continues to expand beyond its core market.

The company has formed a strategic partnership with Ribbit Capital, an investor in Robinhood, to create a venture that “will bring together Walmart’s retail knowledge and scale with Ribbit’s fintech expertise to deliver tech-driven financial experiences tailored to Walmart’s customers and associates,” according to a statement.

Financial technology, or fintech, companies aim to give consumers ways to save, borrow and invest online or via phone without dealing with a traditional bank.

Walmart’s head-to-head competition with Amazon.com Inc. means it is increasingly growing beyond retail. The company is trying to reinvent itself, including launching its own low-cost health clinics and getting into the insurance business. On the tech front, it emerged in late 2020 as a potential bidder for TikTok’s U.S. business after earlier in the year selling its Vudu streaming platform to Comcast Corp.’s Fandango.

The venture will be majority owned by Walmart. The company’s shares jumped after the close of regular trading.