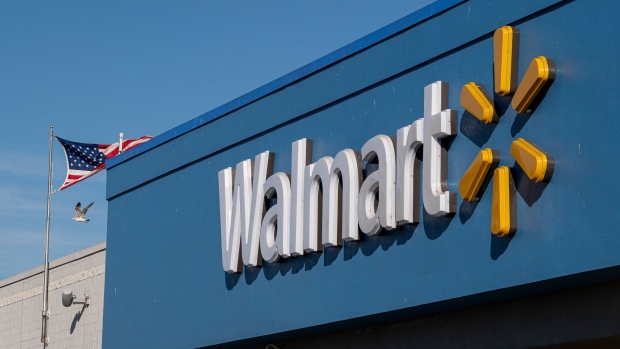 Signage outside a Walmart store in San Leandro, California, U.S., on Thursday, May 13, 2021. Walmart Inc. is expected to release earnings figures on May 18. Photographer: David Paul Morris/Bloomberg , Bloomberg

(Bloomberg) -- Walmart Inc., the largest private-sector employer in the US, is expanding abortion coverage and related travel benefits for its employees while maintaining a relatively limited policy compared with some other major companies.

The retail giant’s insurance plans now cover abortion “when there is a health risk to the mother, rape or incest, ectopic pregnancy, miscarriage or lack of fetal viability,” according to a memo to employees Friday. The company had previously only offered coverage if the mother’s health was in danger or the fetus couldn’t survive birth.

Walmart is also planning to offer travel support for workers and dependents who can’t get a covered service within 100 miles of their location.

Many companies have added or expanded health benefits since the US Supreme Court overturned Roe v. Wade almost two months ago. Walmart’s policy is still limited compared with the likes of Apple Inc. and JPMorgan Chase & Co., which cover elective abortions.

Travel reimbursement has been a key sticking point for workers since the procedure has been banned or is poised to become illegal in as many as 26 states, according to the pro-abortion rights Guttmacher Institute. That list includes Walmart’s home state of Arkansas.

The company’s memo was reported earlier by CNBC.