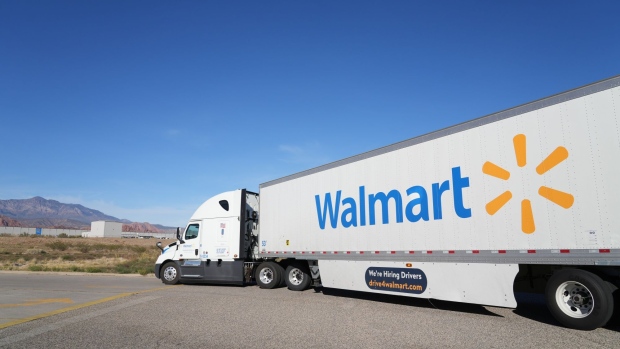 (Bloomberg) -- Walmart Inc. is studying strategic alternatives for its operations in Honduras, El Salvador and Nicaragua, signaling another potential move to narrow its focus abroad.

The options include joint ventures, strategic partnerships or alliances, a sale or other transactions, Walmart’s publicly traded Mexican and Central American unit said in a statement Monday. Walmart de Mexico SAB, or Walmex, plans to prioritize its business in Costa Rica and Guatemala, as well as its sprawling operations in Mexico.

“We believe there may be attractive opportunities for further growth in Honduras, El Salvador and Nicaragua that could be better captured under a different structure,” Walmex Chief Executive Officer Guilherme Loureiro said in the statement.

Walmart has pulled back in recent years from markets where it wasn’t able to grow profitably, such as Brazil and the U.K., in an effort to refocus on big bets such as India and China. The retail giant’s Mexican and Central American operation has long been a steady profit generator as Walmart invests in expanding its U.S. e-commerce capabilities and confronting Amazon.com Inc.

Honduras, El Salvador and Nicaragua probably account for no more than 8% of Walmex’s sales, Jennifer Bartashus, an analyst with Bloomberg Intelligence, said in a report.

Walmex’s strategic review “is a good move that should allow it to focus on Mexico, Costa Rica and Guatemala, which have leading market share as well as strong e-commerce and fintech growth potential,” she said.