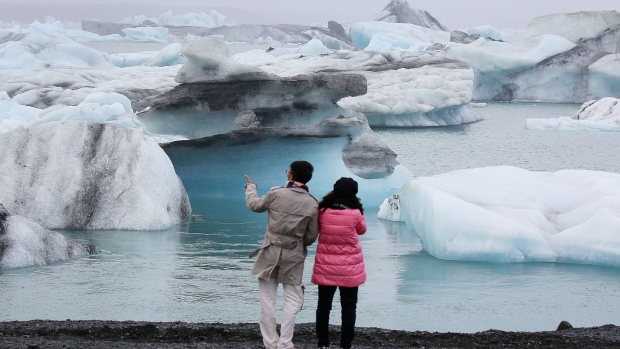 As more people yearn for a post-lockdown break, Iceland is seeking to get ahead of rival destinations while protecting the country from a spike in coronavirus cases.

Travelers arriving at the island’s international airport will soon be able to avoid a mandatory two-week quarantine by opting to pay 15,000 kronur (US$115) for an on-the-spot test as the nation seeks to salvage a tourism industry crippled by the COVID-19 pandemic.

Testing will be free until the start of July, after which passengers landing at the country’s main Keflavik hub will be given the choice of isolation or paying for the test, Iceland’s Ministry of Health said on Friday.

Tourism accounts for almost half of Iceland’s export revenue after the industry replaced banking as the key source of foreign exchange in the wake of the global financial crisis. Bringing in visitors is key to resurrecting an economy that’s expected to contract eight per cent this year.

Other European countries reliant on tourism such as Greece are following similar strategies, allowing visitors from more nations to arrive with rules varying according to the airport of origin. The U.K., by contrast, has angered airlines and travel companies by sticking with its two-week plan for a mandatory isolation period for arriving passengers.

Iceland, with a population of 365,000, has been one of the most successful countries at tackling the pandemic, limiting infections and carrying out extensive testing. The nation has reported only a handful of new cases since the start of May and is in the process of easing restrictions.