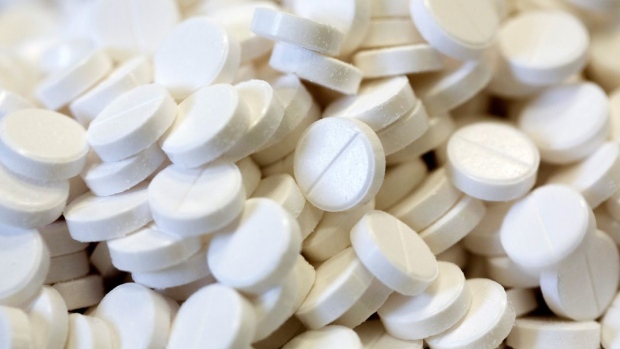 Tablets move along the production line before packaging at a drug manufacturing facility in Russia. Photographer: Bloomberg Creative Photos/Bloomberg , Bloomberg

(Bloomberg) -- Insilico Medicine, a company that uses artificial intelligence to drive drug discovery, is considering a U.S. initial public offering that could raise about $300 million, according to people familiar with the matter.

The Hong Kong-based firm is in talks with investment banks about a possible first-time share sale as soon as later this year, the people said, asking not to be identified because the matter is private.

No final decisions have been made and details such as size, timing and venue could change, the people said. Insilico could also opt to do another private funding round, they said.

Founded in 2014, Insilico works with pharmaceutical and biotechnology companies and uses AI to help improve their research and development capabilities, according to its website. The firm’s technology has helped generate drug candidates and complete pre-clinical studies to treat a pulmonary disease. Its partners include U.S. pharma giants Pfizer Inc. and Johnson & Johnson, and Japanese drugmakers Astellas Pharma Inc. and Taisho Pharmaceutical Holdings Co.

The company has also partnered with Syngenta Group, the Swiss seed and fertilizer business owned by China National Chemical Corp., on the discovery of novel molecules for sustainable regenerative farming.