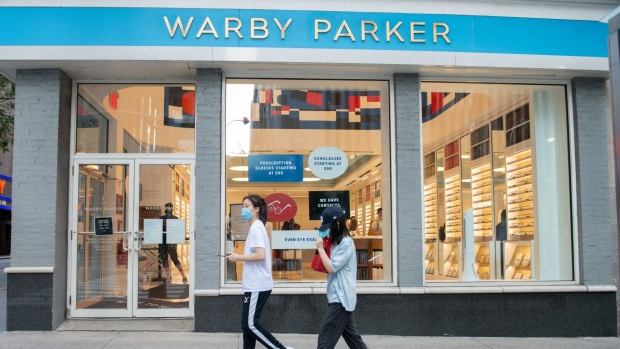 Prescription eyewear seller Warby Parker Retail Inc. is considering an initial public offering as soon as this year, according to people familiar with the matter.

The New York-based company is in discussions with advisers on a potential listing, the people said, asking not to be identified as the information is private.

Warby Parker raised US$120 million in its most recent funding round in 2020, giving it a value of US$3 billion, according to PitchBook data. The company is targeting a valuation higher than that of its last fundraising, the people said.

Deliberations are at an early stage and the company could decide not to pursue an offering, the people said.

“We’ve always explored various financing opportunities in both the debt and equity markets,” a Warby Parker spokesperson said in response to a request for comment. “We’ll continue to make strategic decisions in line with our commitment to sustainable growth.”

Launched in 2010 by a group of four classmates at the University of Pennsylvania’s Wharton School, Warby Parker sells low-cost prescription eye glasses and contact lenses. The company, considered a pioneer of direct to consumer e-commerce, retails its products in the U.S. and Canada through its website as well as a network of physical outlets. Its investors include General Catalyst, Tiger Global Management, Forerunner Ventures, Spark Capital and Menlo Ventures.

--With assistance from Gillian Tan.