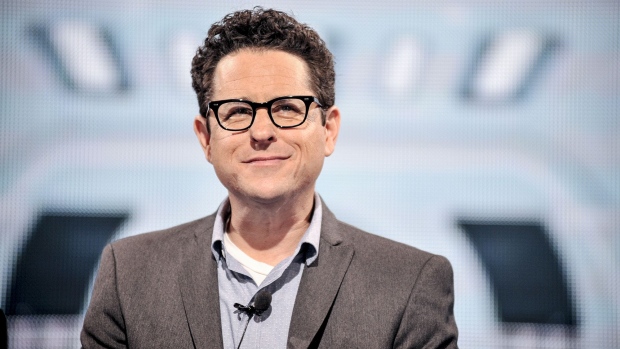 (Bloomberg) -- AT&T Inc.’s WarnerMedia reached a production deal with superstar director J.J. Abrams, locking in one of Hollywood’s hottest filmmakers as it prepares to do battle with streaming services from Netflix Inc. and Walt Disney Co.

Abrams, whose film credits include recent versions of “Star Wars” and “Star Trek,” will create original TV shows, movies and games for the studio through 2024, according to a statement Thursday. Financial terms weren’t revealed.

The signing highlights the increasingly fierce competition for talent among Hollywood’s biggest media companies, including newer players like Netflix and Amazon.com Inc. Last year, WarnerMedia signed Greg Berlanti, producer of shows like “Riverdale” and “The Flash,” with a contract topping $300 million.

The New York Times said in June that Abrams was likely to get a $500 million deal. But the contract was ultimately worth closer to $250 million, the Hollywood Reporter said on Thursday.

The WarnerMedia pact builds on a TV relationship with Warner Bros. that began in 2006. But Abrams’s production company, Bad Robot, will honor its existing obligations to Paramount Pictures.

Over the past couple years, Netflix has managed to cinch deals with top TV producers including Ryan Murphy and Shonda Rhimes. That’s given leverage to big-name filmmakers and showrunners, especially as studios need more content than ever.

Hollywood’s legacy companies are pushing into streaming to survive in an age when traditional pay-TV customers are canceling service for cheaper online alternatives. WarnerMedia, Disney and Comcast Corp.’s NBCUniversal all offer or plan to offer paid streaming services.

Abrams has directed some of Hollywood’s highest-profile films, including “Star Wars: The Force Awakens,” which took in $2.07 billion in worldwide ticket sales. His next “Star Wars” movie, “The Rise of Skywalker,” is due in theaters on Dec. 20.